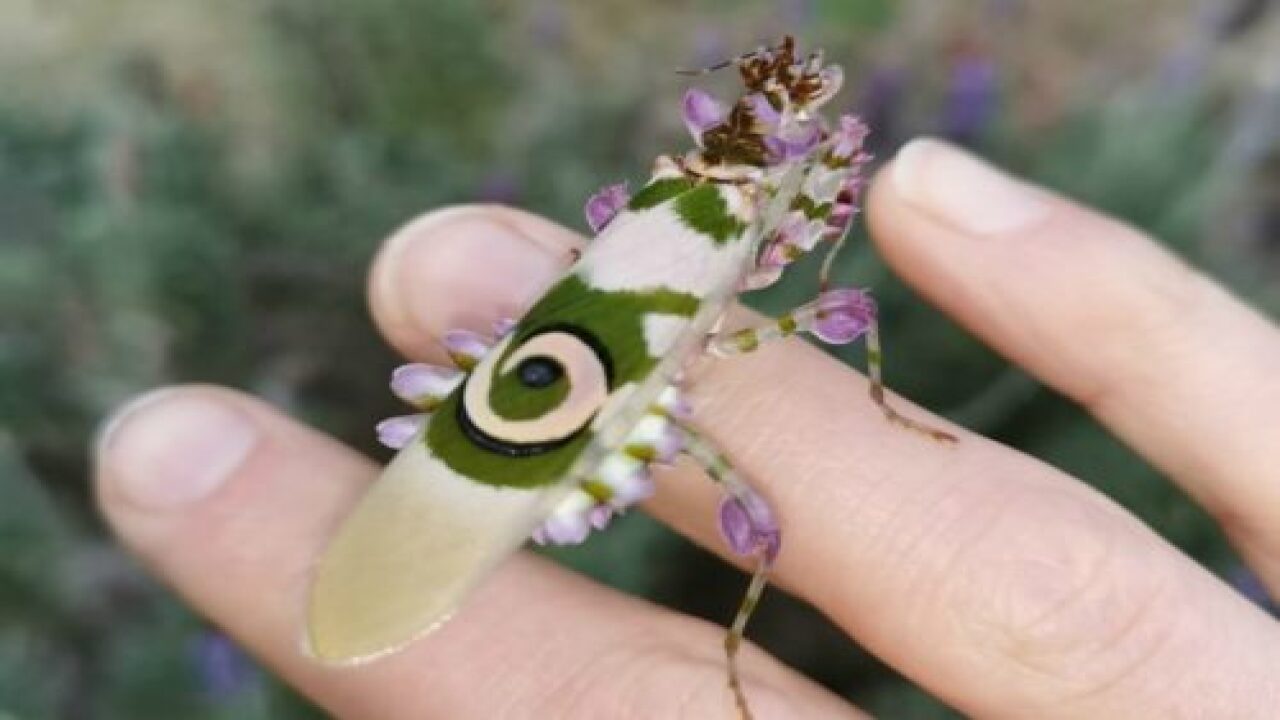 A farm owner in South Africa was taken aback when something flower-like moved on a bush in her garden. Margaret Neville discovered a fascinating insect on a lavender bush that was like nothing she had ever seen before.

The delicate-looking creature is called a spiny flower mantis, or Pseudocreobotra wahlbergii. It is a species of praying mantis that is found in sub-Saharan Africa. Many are white with orange and green stripes. Adults have a swirl on their wings that looks like an eye, as you can see on the male in this photo.

The mantis Neville spotted in her garden was more suited for the lavender the female insect lived on for the month of September. Neville shared photos of the mantis with the Waterfall Retreat and Environmental Centre, whose experts said “Miss Frilly Pants” (as the insect became nicknamed) was likely a pregnant female.

“She loves to hunt bees that visit the flowers of herbs such as purple and rose pelargonium, she sits at the flowers and hunts using her camouflage,” they wrote in the Facebook post displaying the stunning creature.

There are about 2,300 mantis species around the world. While some hide in trees and leaves using basic green or brown camouflage, others are more flamboyantly suited to their surroundings.

For example, Malaysian orchid mantises are found in a variety of colors including pink, yellow and white. When they pose on greenery, it is nearly impossible not to mistake them for flowers, at least momentarily.

The ghost mantis is nearly indistinguishable from a leaf. Properly known as Phyllocrania paradoxa, they are green in some areas and brown in others to best suit the conditions where they live. The voracious eaters will devour almost any bug, although they prefer to make a meal out of moths and other flying insects.

So the next time you’re on a nature walk or working in your garden, pay close attention to any little movements you might detect. Who knows? You could discover a walking flower in your own backyard.