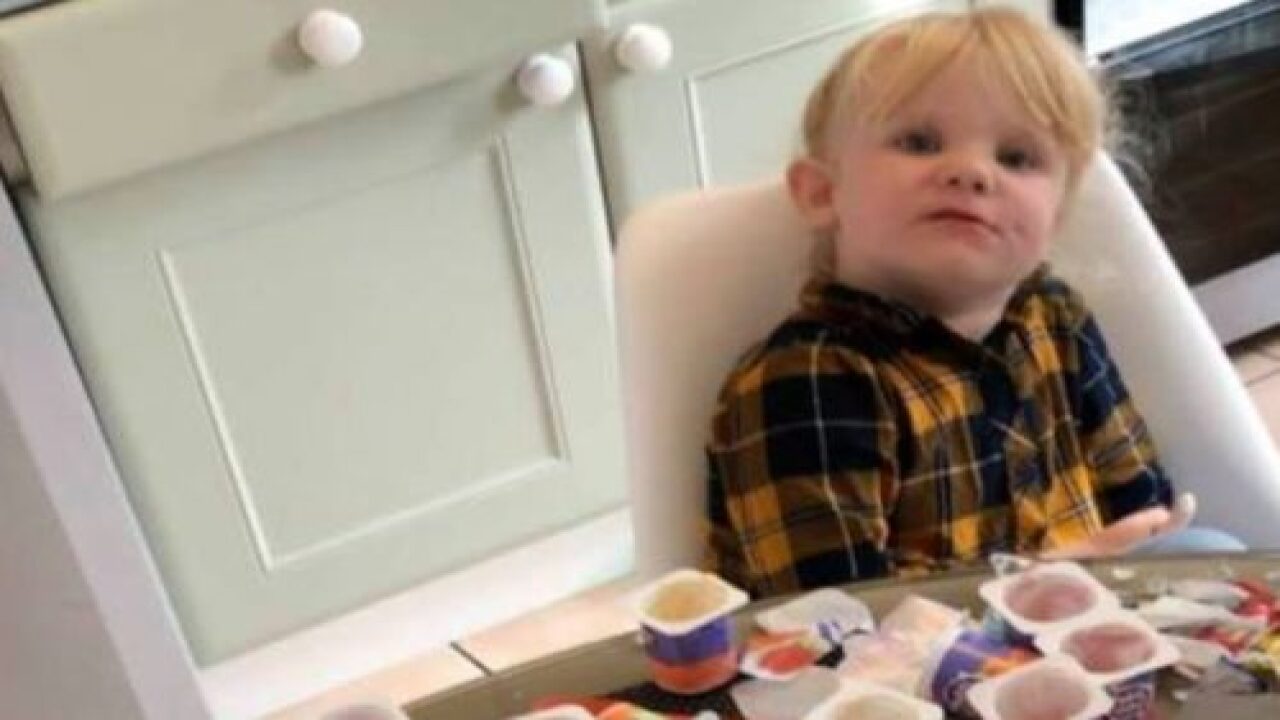 I was a sneaky snacker when I was a kid (and, not gonna lie, I’m a sneaky snacker now). But when I found myself alone in the kitchen as a child, I didn’t gravitate toward the healthy snacks. Nope. I clambered up onto kitchen chairs in order to get the Nesquik Chocolate Powder out of the far back corner of the cabinet so I could eat it with a spoon.

Which is why — in addition to extreme awe and a healthy dose of respect — I am also somewhat befuddled by this 3-year-old who sneaked 18 yogurts into her belly in one sitting !

“Have kids they said,” he wrote, following by multiple laughing-so-hard-they’re-crying emojis.

Apparently, 3-year-old Olivia Whysall, a little girl from Nottingham, England, who knows exactly what she wants and will stop at nothing to get it, ate 18 cups of Yoplait’s Petits Filous yogurt while her dad was out of the room.

“I was in the garden for 10 minutes,” Whysall told Today Parents . “When I came inside to check on her, I saw that she had helped herself to 18 yogurts.”

Notwithstanding what 18 cups of yogurt consumed in 10 minutes might do to a tiny stomach (give her super-digestive capabilities ?), the best part of this entire incident is the look on the young girl’s face.

Go ahead. Look. Zoom in, even. That is the face of someone who has achieved her dreams and is feeling super-smug about it.

When Whysall saw this look on his daughter’s face, he couldn’t help but be amused.

“She looked so proud of herself,” he said. “I couldn’t tell her off.”

According to Whysall, his daughter was fine afterward, despite the fact that she had eaten more yogurt in one sitting than any one person reasonably should.

As for us, we think Olivia’s path is clear. Forget Little League or Music Together. She should enter some speed-eating competitions. She would obviously sweep the competition.