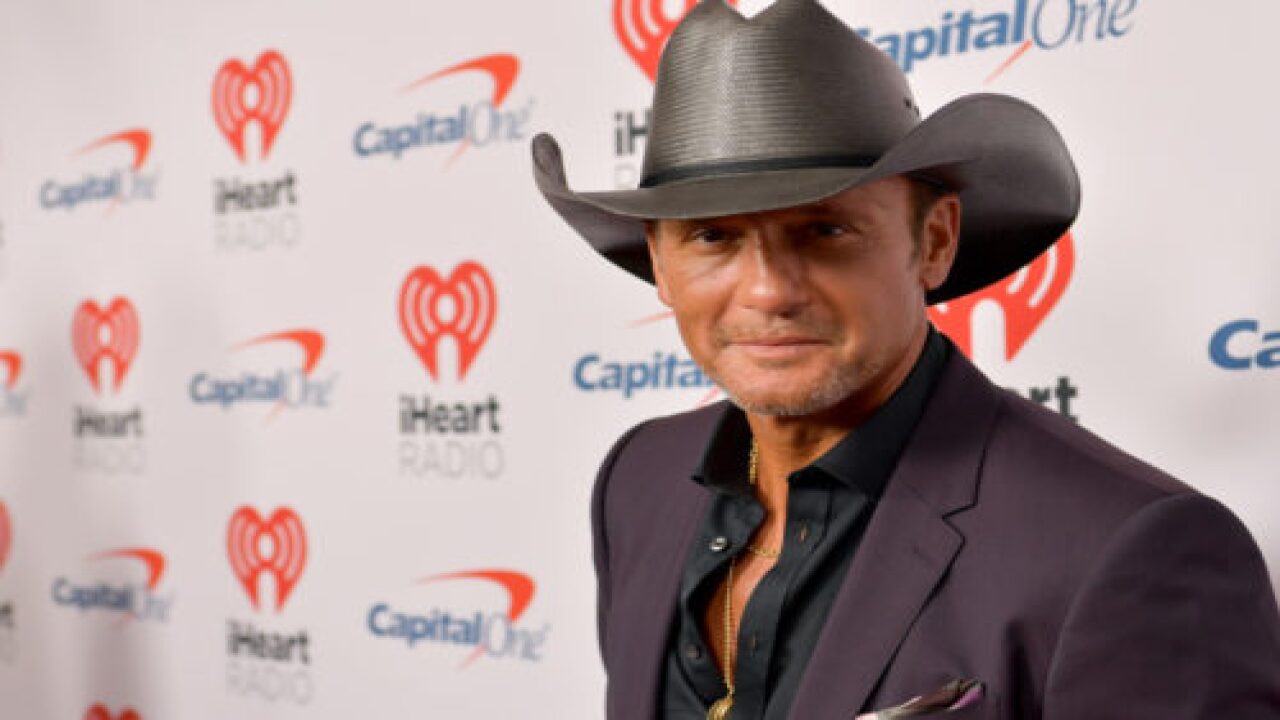 When your parents are country music stars, you’re bound to inherit some singing abilities. Musicians Tim McGraw and Faith Hill share three daughters together, and a recent duet between McGraw and his daughter, Gracie, prove that he and his wife definitely passed on their skills.

McGraw, 52, and Gracie, 22, were trying to pass time on a road trip. So of course they were singing along to some great songs together while on the open road. Luckily for us, they caught their duet to “What Kind of Fool” by Barbara Streisand and Barry Gibb on video.

Even Gracie’s dad is impressed by his daughter’s singing abilities! He captioned the Instagram video:

“PIPES!!!!!!……Dang, this girl can sing! Gracie and I having fun with Babs and Barry on our trip”:

PIPES!!!!!!……Dang, this girl can sing! Gracie and I having fun with Babs and Barry on our trip #chaseyourdreamsgirl

This isn’t the first time McGraw and his daughter have shared a duet together. In fact — they sang together more formally on the song “Here Tonight,” and McGraw said his daughter was so prepared that her recording required no coaching on his end:

“She went in and nailed it,” he said in the 2015 video’s introduction. “She had learned it completely before we got to the studio, so I didn’t have to do any producing. The only producing I had to do in the studio was try to make her laugh so I could get the little laugh that’s at the end of the song because she didn’t want to do that.”

The father and daughter collaboration was a hit in the end. You can hear the song on the Tim McGraw YouTube channel:

Gracie also took the stage with her father in 2015 to perform the song live in Nashville, as you can see in the YouTube video posted by sueremus below:

So, these two were definitely keeping things more casual with the car-singing, but it’s nothing the parents aren’t used to. They’ve let loose singing in the car with their daughters on more than on occasion.

Hill sang with daughter Maggie, 21, as the two road-tripped before sending Maggie off to college a few years ago, and yes — there were some Taylor Swift tunes involved in the girls’ trip.

To celebrate Maggie’s 21st birthday a few weeks ago, mom Hill shared one more look into their time on the road, posting a singalong to Mark Ronson’s “Uptown Funk”:

This crazy girl is 21 years old today. Let’s get the party started!!!!! Taking it back three years ago….road trippin’ with the birthday girlðð¼ðð¼ðð¼ We love you, Maggie Mcgraw

Whether Gracie will go on to pursue a singing career is definitely something McGraw is going to let his daughter decide on her own. He really couldn’t convince her otherwise anyway, he joked in a 2016 interview on the ACM Awards red carpet:

“No, she doesn’t listen to dad,” McGraw told Entertainment Tonight. “She’s way more talented than I am, anyway. She doesn’t need any advice from me. She’s so bubbly and she fills up a room when she walks in. She’s got so much talent and is such a great songwriter, we’re going to hear from her down the road, for sure.”

In the end, these famous parents just want what’s best for their daughters. They’ve always made their family a priority, and wow that they’re older, Hill pointed out that their girls have “their own lives now.” Their youngest daughter, Audrey, is now 18.

“They come first no matter what,” the mom told People magazine.

So, they may keep their singing to car trips only — but as long as videos like these keep coming, we’re OK with that!