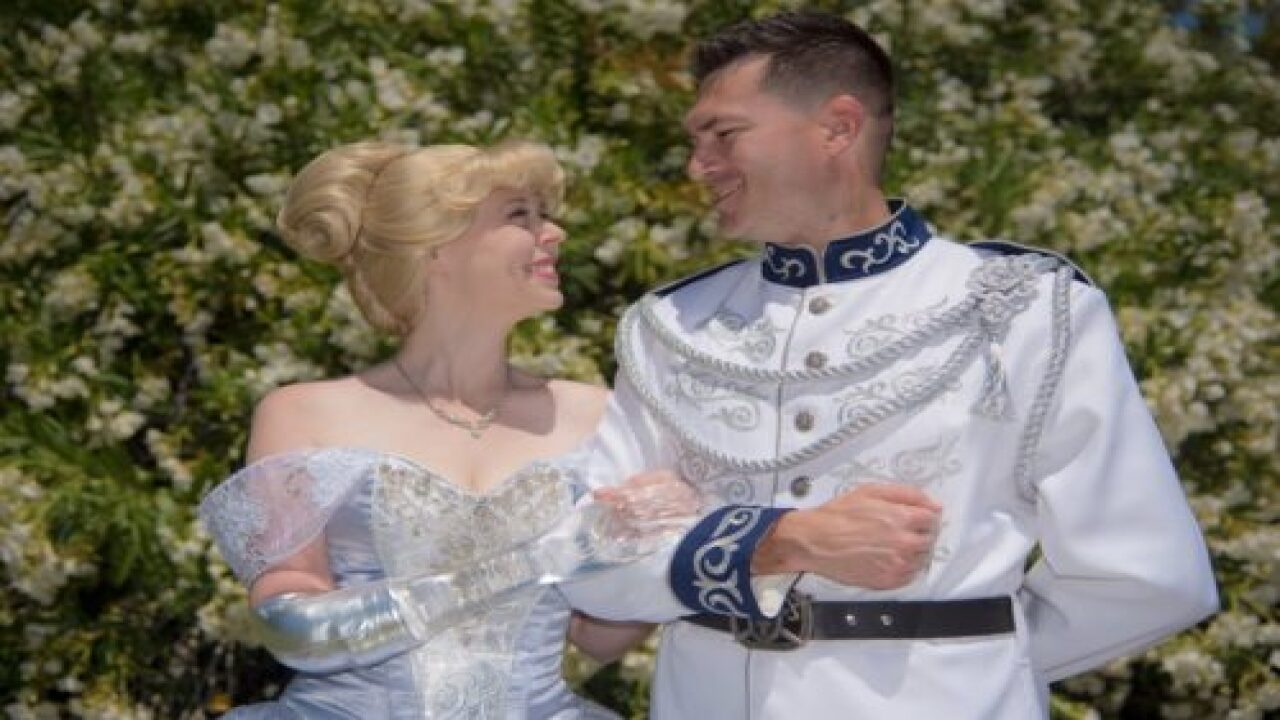 Cinderella is known for her glass slippers, but one woman put a spin on that image by creating a Cinderella costume with a glass arm. By doing so, she hopes to help kids with amputations see themselves reflected in the iconic character.

Mandy Pursley was born without a right forearm, and she never saw herself represented in the media or in fiction. When her daughter started studying Cinderella tales in school, Pursely decided to create a version of the princess that would be an inspiration for fellow amputees and others with physical disabilities.

She made the ball gown herself, and artist Gilbert Lozano created the glass arm. She then staged a photoshoot with photographer Kelly Anderson, posing with her husband Ryan as Prince Charming. She posted the photos on Facebook, and her post soon went viral, racking up more than 39,000 reactions, 3,700 comments and 28,000 shares.

“At long last … Cinderella — with a glass ARM!” she wrote.

“When I was growing up with a physical difference, I never saw girls like myself represented in the media, so it took me a long time to realize that what makes us different can also be the thing that makes us strong, beautiful and unapologetically unique,” she explained. “So what do you do when you can’t find a princess like you? You make up your own!”

The photos even included the famous moment when Cinderella leaves behind her glass slipper at the ball.

There’s an additional image which shows a twist on that moment — she leaves her glass arm behind instead!

When the post took off, Pursley was overwhelmed by the amount of support and interest she received. She has now created a Facebook page called Be the Spark Cosplay, where she shares cosplay art to highlight the beauty of differences.

“My favorite part has been hearing from the parents of children with ‘lucky fins’ like mine, who shared how excited they were to finally see a princess who looked like them,” Pursley told Insider, referring to the title character’s appendage in the Disney movie “Finding Nemo.” “I hope that people with all sorts of differences are encouraged by the overwhelmingly positive response to this character who shows that beauty is so much deeper than physical perfection.”

How inspiring! We can’t wait to see more from Pursley and her lovely cosplay.