A Police Officer Helped A Homeless Man Struggling To Shave 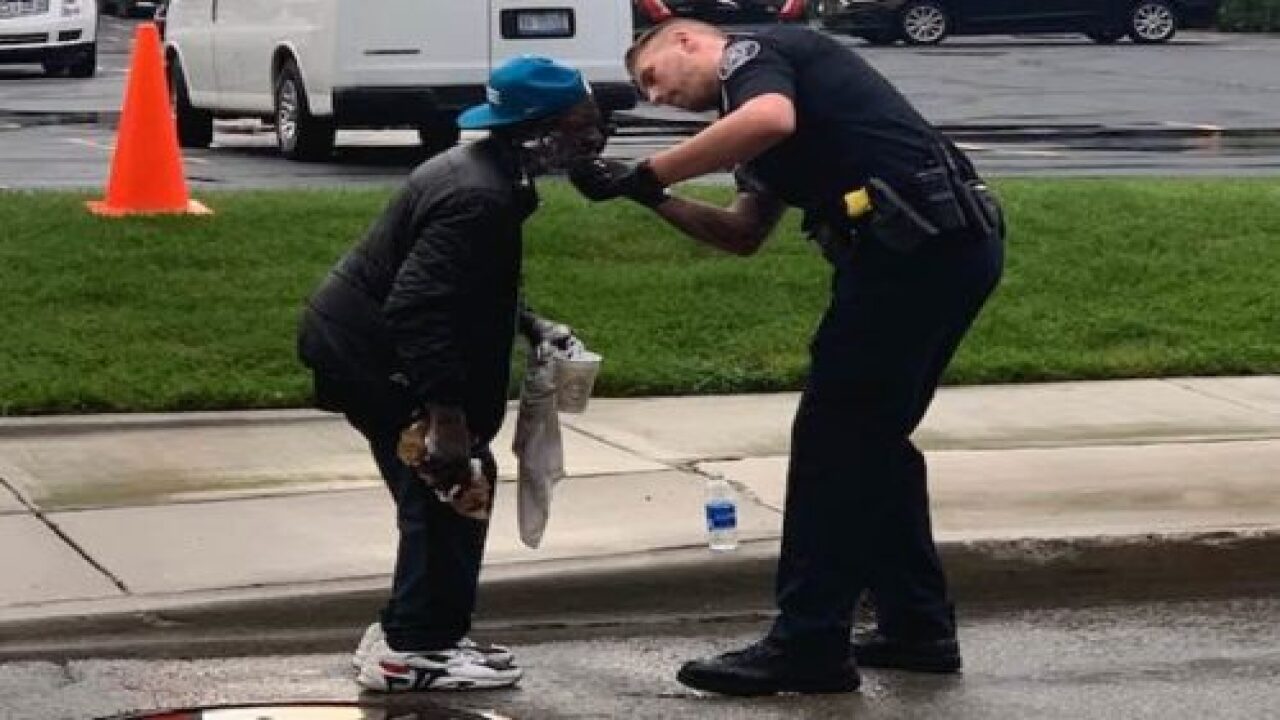 The duty of a police officer is to protect and serve, but one officer in Detroit, Michigan, went above and beyond when he stopped to help a homeless man shave.

Officer Jeremy Thomas of the Detroit Police Department noticed a homeless man standing over a puddle and attempting to use rainwater to shave his facial hair. When the officer approached him, Stanley Nelson assumed he was going to ask him to leave. Instead, Thomas offered to lend a helping hand.

Jill Metiva Schafer was walking by when she witnessed the kind gesture and snapped some photos, which she later posted on social media along with some praise for the officer:

“What a great Detroit cop!” she wrote alongside the photos. “This is right outside Comerica Park. The game was a rainout but this officer went way above and beyond to help this man shave!!!”

Her post caught the attention of the local media and they tracked down both parties to get their take on the special moment. Thomas says he’s always been driven to help people and was a volunteer firefighter before becoming a cop.

“Just know that this could be you at any day,” he told WXYZ. “Nobody is better than the other person. They may be in a better position in life, but use that opportunity to take care of somebody else when you can.”

For his part, Nelson was extremely grateful for Thomas’ assistance.

“What he did for me, that was alright,” Nelson told the outlet. “I really appreciate that because,  you know, I’m going through my thing and I feel bad about myself, you know, but I’m gonna be alright.”

Schafer said she snapped the photo to commend the officer’s selfless action.

“I took the picture because I thought it was such a kind, unselfish thing for an officer to do,” she told “Good Morning America.” “With all the negativity that police officers get, I wanted to show them in a positive light.”