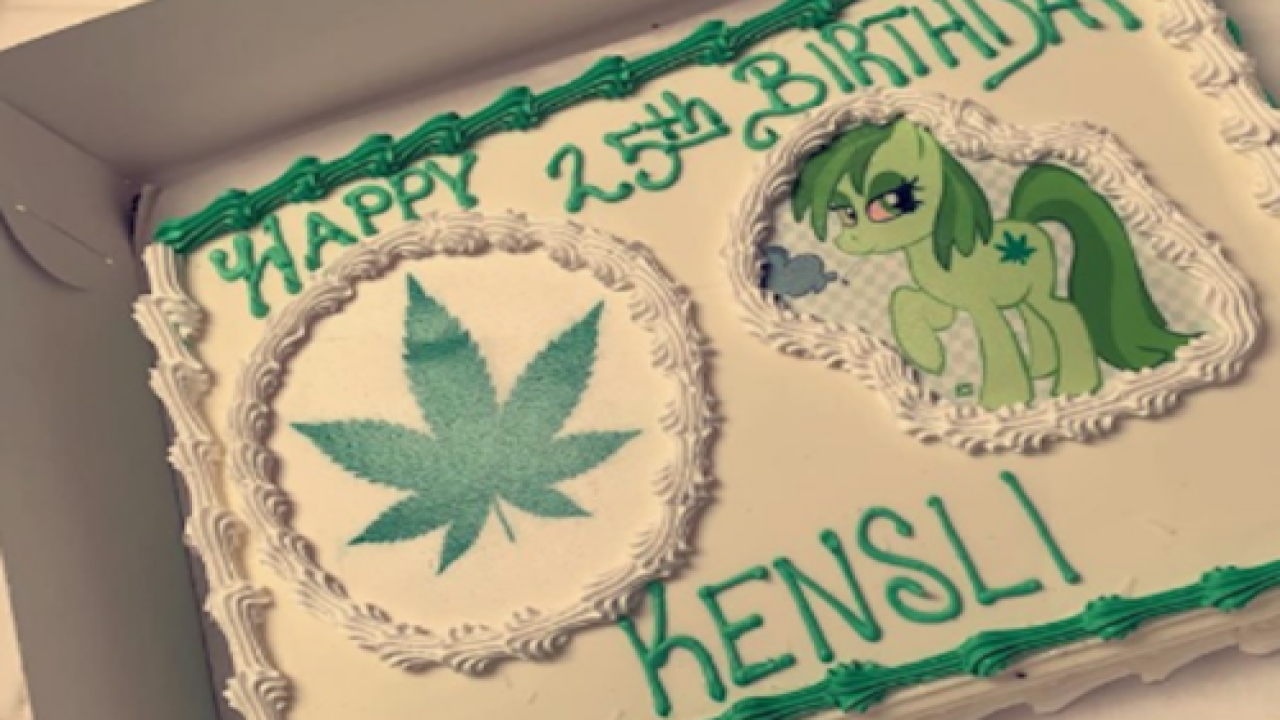 Talk about a baking fail! A mom from Milledgeville, Georgia called a local Dairy Queen requesting a “Moana” cake for her daughter’s birthday. The confection she actually brought home, however, was far from the Disney dream of a cake she’d expected!

Instead of a cake featuring the titular character from the animated Disney movie, Kensli Davis’ mom left Dairy Queen with a “marijuana” cake. Thankfully, the mom has a sense of humor, and her daughter was turning 25 years old — so she decided to keep the cake and really make a memory out of the moment!

Birthday girl Kensli Davis posted about the cake on Facebook:

“I haven’t had a chance to tell y’all about our experience this weekend with my birthday cake. So my mama called and ordered me a cake telling them how much I loved Moana. (Because really I do) Well needless to say these people thought she said marijuana,” she wrote.

She did point out that — despite the questionable taste in decoration — the cake tasted amazing.

“That ice cream cake was still good though,” she wrote on Facebook.

The cake was decorated with green icing, and featured a marijuana leaf along with a “My Little Pony” character that seemed to be high from its own love of marijuana with red, half-open eyes.

You have to see this for yourself:

Davis told WMAZ that her mother’s southern accent could be to blame for the mix-up.

“I think they thought that she said ‘marijuana’ because we are from south Georgia and kind of have an accent. So, ‘Moana,’ marijuana?” Davis said. “I guess when they said that I love cartoons, they were just like, ‘Let’s throw a little pony on there.'”

You can hear her version of the hilarious story in this YouTube clip from WMAZ news:

The family has been ordering cakes from the Dairy Queen location for 10 years, and nothing like this has ever happened.

And that’s precisely why Davis will order a cake from them again next year, although she’ll probably skip the design and just go with something “regular.”

“I just won’t get a design at all,” Davis joked to WMAZ. “I’ll just get a regular ice cream cake if I have to.”

Of course, this isn’t the first time a cake has been so bad it was good. So, if this has you craving more hilarious desserts, see these funny and sarcastic cakes that feature everything from late birthday messages to portrait cakes gone awry.

Much like with the marijuana-smoking “My Little Pony,” if any of these cakes show up at a party, you’re bound to have a good time!