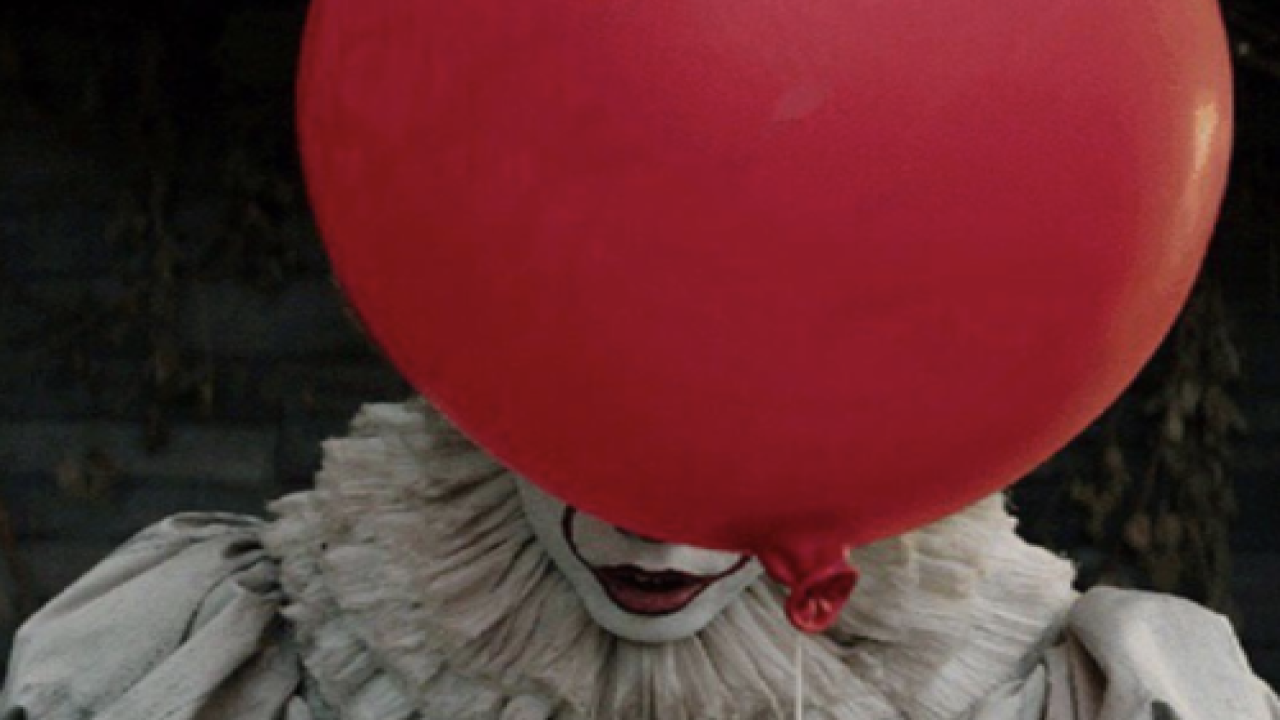 Have trouble sleeping at night? Find yourself twisting and turning in your bedsheets? No, we’re not here to help. But we did want to tell you about a new product that is absolutely the stuff of nightmares, perfect for placing on your bedside table for when you open your eyes at night.

Firebox is selling a Pennywise Balloon Lamp that mimics the red balloon in Stephen King’s “It.” You may remember it from the 2017 film “It Chapter One,” which is based on King’s 1986 novel. Whichever version you’re familiar with, this lamp is sure to strike fear into your heart as soon as you lay eyes upon it.

“Relax knowing that an evil ancient clown is watching you,” reads the lamp’s description. Yep, that sounds relaxing.

For those less familiar with the story, the red balloon is used as a repeating symbol that lets victims of Pennywise the Dancing Clown know they’re being watched. Comforting, isn’t it?

Repost from @newlinecinema: We've let panic out to play. Announcing #HorrorMadeHere: A Festival of Frights. Visit the link in bio for the full lineup and book your tickets today! From @wbtourhollywood

The 2017 smash hit movie made more than $700 million at the box office. If you’re someone who saw it on the silver screen more than once, this balloon lamp may be the perfect decoration for you. It’s available now for pre-ordering online and will only cost you $36.99. The folks at Firebox say that buyers of the lamp are “pennywise” because of its low price.

(They also say that if the lamp floats away, call the police!)

Pennywise will once again be terrorizing Derry on the big screen when the “It Chapter 2” movie opens in cinemas across the nation on Sept. 6. The storyline takes place 27 years after the first movie, following the lives of the kids — called “The Losers Club” — who are now adults. Young residents of Derry are disappearing again, and the Losers Club must defeat Pennywise once and for all, saving the children who remain.

The dancing clown, played by Bill Skarsgård, seems even deadlier in this second chapter, and the star-studded cast is rounded out by James McAvoy, Bill Hader, Jessica Chastain and others.

Here’s the trailer for the film by Warner Bros. Pictures:

The Pennywise Balloon Lamp and the latest movie are both available ahead of Halloween. In fact, the lamp itself may be a perfect decoration around which to center your Halloween party. Instead of orange and black, why not go with “It” red? It’s different, and that balloon has a pretty freaky vibe!