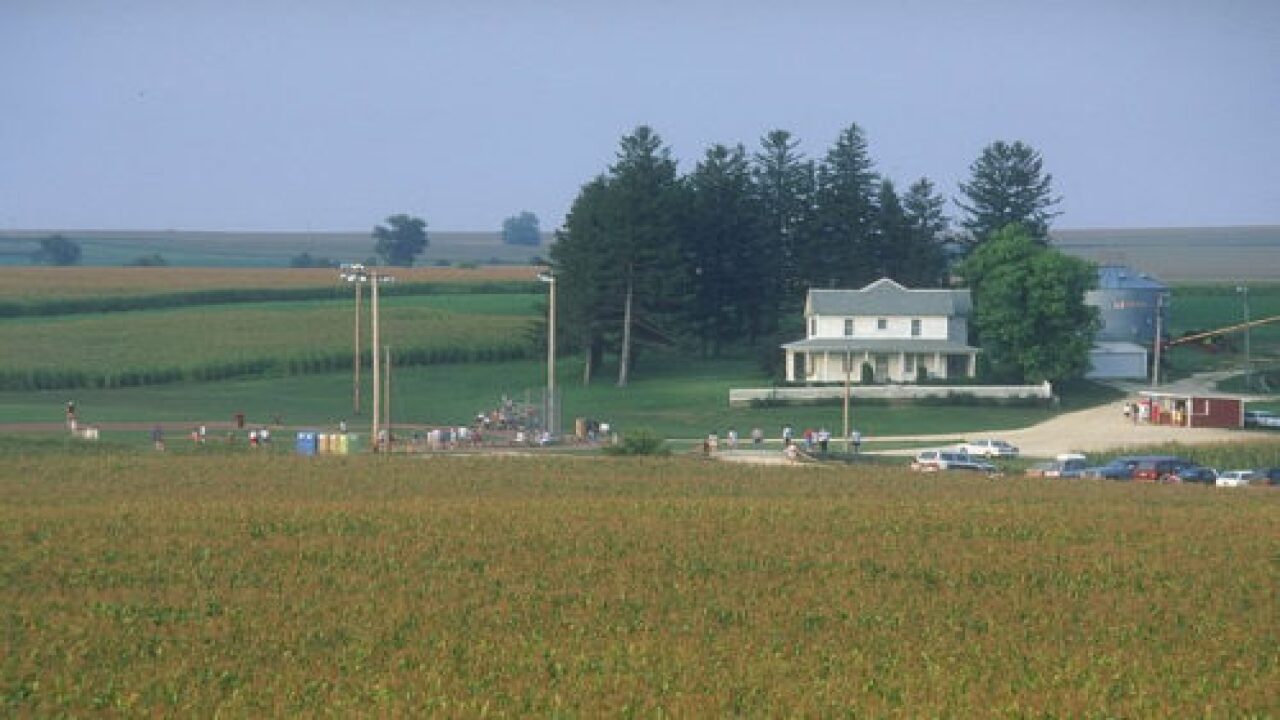 The New York Yankees and Chicago White Sox are really going to “go the distance” in 2020 — so to speak.

The two Major League Baseball teams will play against each other on the Field of Dreams, the setting of the popular 1989 movie of the same name. It will be the first-ever MLB game in Iowa!

Both teams are part of the American League. Their game in Dyersville, Iowa is slated for Aug. 13, 2020.

It’s going to be awesome seeing this happen!

A lot of preparation will have to take place ahead of the big event. Organizers say they will construct an 8,000-seat temporary ballpark.

In the “Field of Dreams” movie, Kevin Costner’s character builds a ballpark in the cornfield at his home after hearing a whisper: “If you build it, they will come.” Once he does build it, the ghosts of “Shoeless Joe” Jackson and his team, the 1919 White Sox, appear in the field to play ball.

A pathway will be built through a cornfield that leads spectators to the stadium, which will be designed as a tribute to the old Comiskey Park, the home of the White Sox from 1910-1990.

The New York Yankees say they are ready for the 2020 challenge. The team tweeted this “game on”-style message:

The big event will be nationally broadcast at 7 p.m. ET on the Fox network the day of the game, a Thursday. It’s an actual season game, not just for fun — it’ll be part of a three-series matchup that resumes the following Saturday at Chicago’s Guaranteed Rate Field, the White Sox’s home turf.

We cannot wait to see this happen. Hopefully, a streaming service will have “Field of Dreams” readily available for us to watch ahead of this matchup in Iowa.

Costner has been back to the field in the years since the movie was filmed, as shown in this MLB Network tweet:

"There's a little bit of a mecca here… There's a gentle call to come here."

5 years ago, Kevin Costner reminisced with Bob Costas about "Field of Dreams." pic.twitter.com/vKTpaaX0OL

“As a sport that is proud of its history linking generations, Major League Baseball is excited to bring a regular-season game to the site of ‘Field of Dreams,’” commissioner Rob Manfred said on MLB.com. “We look forward to celebrating the movie’s enduring message of how baseball brings people together at this special cornfield in Iowa.”

MLB says the White Sox will be the home team, according to this tweet from the league’s PR team:

MLB at Field of Dreams will feature the @whitesox hosting the @Yankees in the first-ever Major League game played in Iowa next August 13th. pic.twitter.com/HhuGh0jebY

The field was actually located on two farms owned by separate families that allowed tourists to visit after the movie’s release. The two competing attractions were then consolidated into one, which was then purchased by an investment group in 2011. It still holds tours and events.

It’s far from a major metro area; Dyersville, with a population smaller than that of the stadium to be built, is about 230 miles west of Chicago.

Will you be watching this epic battle on the “Field of Dreams?” Get your foam fingers and megaphones ready!