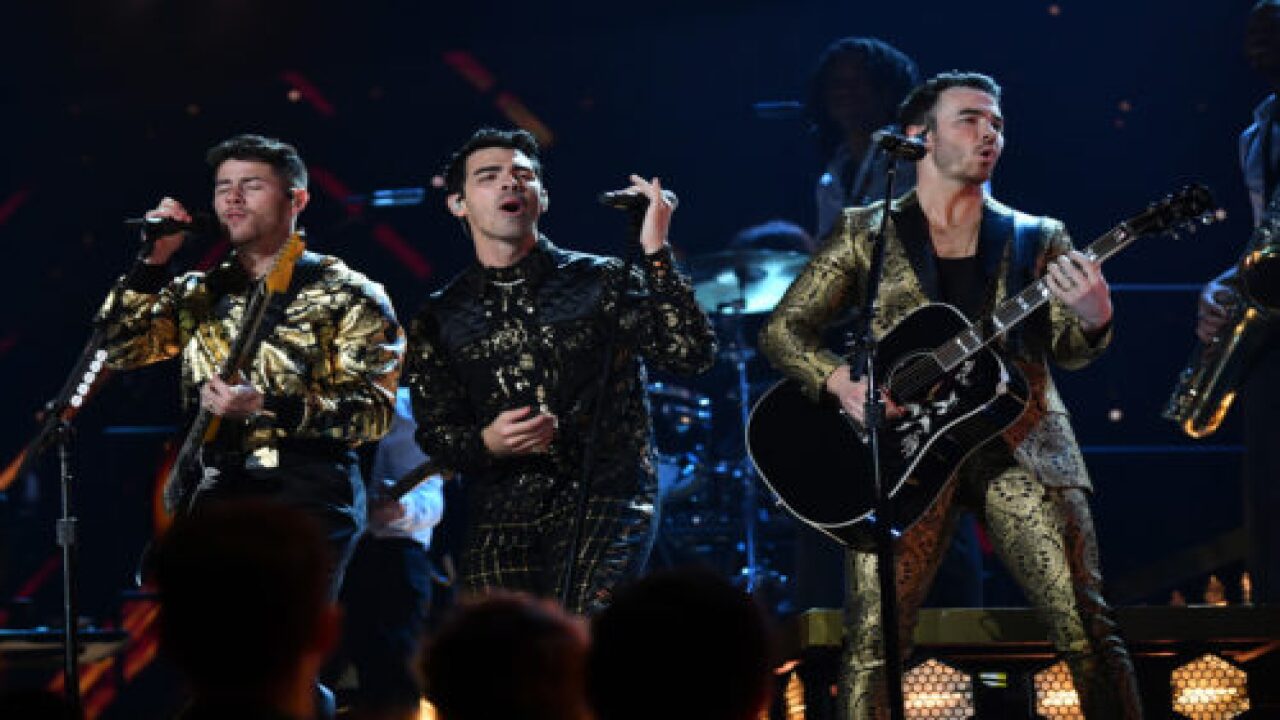 The Jonas Brothers made waves at the Grammy Awards this past Sunday when they performed their hit single “What a Man Gotta Do” for the first time on stage, and this spring they plan to continue making memories for fans.

Starting on April 1, the Jonas Brothers will begin a residency in Las Vegas, meaning that Jonatics will have the opportunity to see the brothers live and on stage.

The JoBros will be stationed at the Park Theater at Park MGM, which is where stars like Lady Gaga, Cher and Britney Spears have previously held residency. (Currently, Aerosmith is performing there). The 9-date, 18-day long residency is the first of the Jonas Brothers’ career.

Tickets go on sale today for Citi Card members only (Monday, Jan. 27, at 10:00 a.m. PT). Jonas Brothers fan club members get access on Tuesday, M Life Rewards members (from MGM Resorts) can buy starting Wednesday, and pre-sales end on Thursday. The general public will have to wait until Friday, Jan. 31 at 10 a.m. PT to purchase tickets, which start at $69 before any service fees.

No doubt these will sell out fast, so you better grab that credit card and move quickly if you want to scoop up tickets before they are gone.

The Jonas Brothers will have their debut performance at the Park Theater on April 1, followed by performances on April 3, 4, 8, 10, 11, 15, 17, 18. The brothers promoted the upcoming Vegas shows on their Twitter page, with posts that quickly collected thousands of likes.

Eagle-eyed fans may note that the Jonas Brothers gave a not-so-subtle hint about their Vegas residency in their alternate music video for “What a Man Gotta Do,” in which Nick, Joe and Kevin are shown in a car that is traveling down the Vegas strip.

Watch the full video below:

The Vegas music video is a supplement to the official “What a Man Gotta Do” music video, which features Kevin, Joe and Nick’s wives (Danielle Jonas, Sophie Turner, and Priyanka Chopra) and has already been viewed more than 26 million times. The Brothers first featured their talented and beautiful spouses in their video for hit single “Sucker,” which in turn has garnered more than 247 million views.

The official “What a Man Gotta Do” video, which includes homages to classic films such as “Grease,” “Risky Business” and “Say Anything,” was released earlier this month. Watch it here:

Will you be traveling to Las Vegas to catch these three brothers in concert?