Scientists Have Found A Link Between Stress And Gray Hair 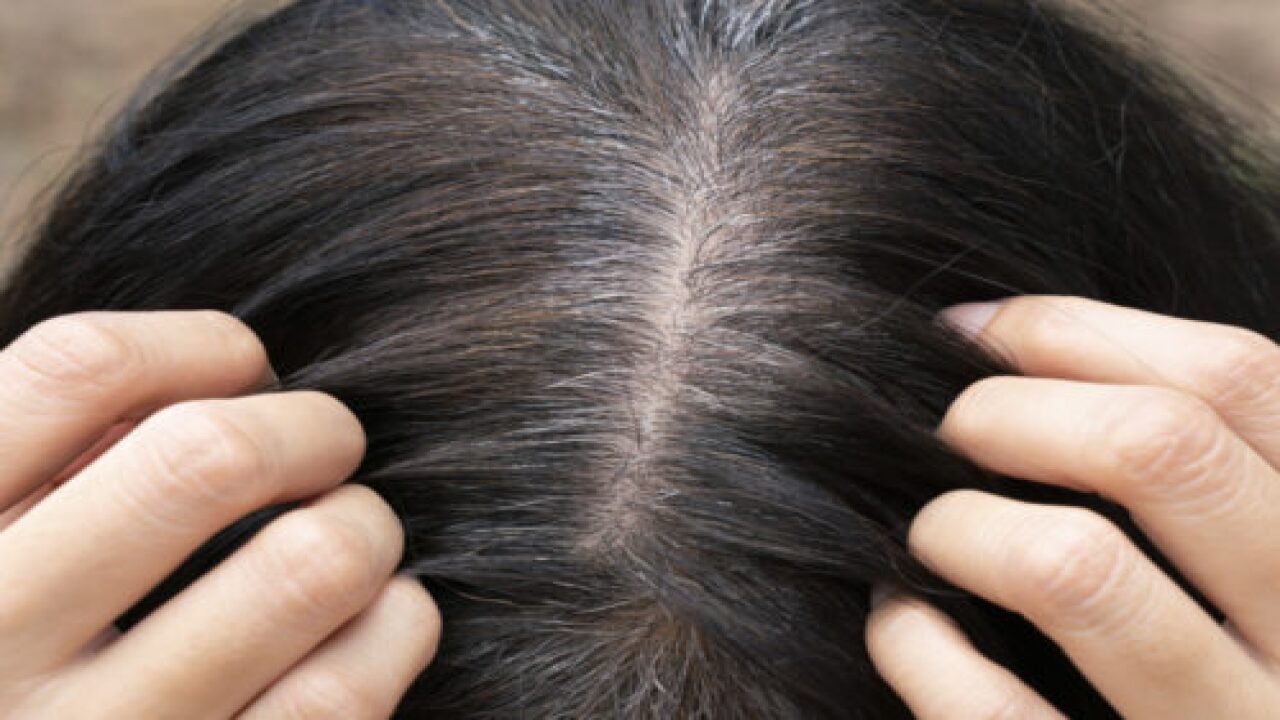 So, it turns out that we can actually blame our spouse/kids/aging parents for turning our hair gray. Sort of. According to new research, published this month in the journal Nature, scientists have managed to identify an actual process that connects stressful experiences to hair graying.

Although the link is no surprise to most of us, the study points out that much of the evidence to date has anecdotal, without scientific validation. This article from researchers out of Harvard University and the Federal University of Minas Gerais in Brazil, however, deepens our understanding of how and why that link happens.

“Everyone has an anecdote to share about how stress affects their body, particularly in their skin and hair – the only tissues we can see from the outside,” co-author Ya-Chieh Hsu, the Alvin and Esta Star Associate Professor of Stem Cell and Regenerative Biology at Harvard, told ScienceDaily. “We wanted to understand if this connection is true, and if so, how stress leads to changes in diverse tissues. Hair pigmentation is such an accessible and tractable system to start with – and besides, we were genuinely curious to see if stress indeed leads to hair graying.”

The study found that when the body is under stress, its fight-or-flight response is activated. This can then cause inflict permanent harm on the stem cells in hair follicles that regenerate pigment. But stress affects the entire body, so scientists had to identify what system was responsible for the stress/hair color relationship. An early hypothesis was that stress causes an immune attack on the pigment-producing cells, but this was ruled out following an experiment with mice. So was cortisol.

“Stress always elevates levels of the hormone cortisol in the body, so we thought that cortisol might play a role,” Hsu told ScienceDaily. “But surprisingly, when we removed the adrenal gland from the mice so that they couldn’t produce cortisol-like hormones, their hair still turned gray under stress.”

Eventually, the researchers focused on the sympathetic nerve system, which is responsible for the body’s fight-or-flight response. They discovered that stress causes these nerves to release the chemical norepinephrine, which is absorbed by the surrounding pigment-regenerating stem cells.

“When we started to study this, I expected that stress was bad for the body – but the detrimental impact of stress that we discovered was beyond what I imagined,” Hsu told ScienceDaily. “After just a few days, all of the pigment-regenerating stem cells were lost. Once they’re gone, you can’t regenerate pigment anymore. The damage is permanent.”

While the fight-or-flight response has traditionally been considered to be important for an animal’s survival, the new research demonstrates that acute stress can destroy stem cells.

A 2017 article from Harvard Medical School set the record straight on another aspect of hair graying. Stress doesn’t actually turn hair gray. Instead, the hair color (or lack of it) is determined in the hair follicle, before the hair itself is produced at all.

“Once a hair follicle produces hair, the color is set. If a single strand of hair starts out brown (or red or black or blond), it is never going to turn gray. Your hair follicles produce less color as they age, so when hair goes through its natural cycle of dying and being regenerated, it’s more likely to grow in as gray beginning after age 35,” wrote Dr. Robert H. Shmerling.

According to Shmerling, while the vast majority of people have age-related graying, genetics and illness can also play a role. Health conditions that cause gray hair include vitamin B12 deficiency, neurofibromatosis (also called Von Recklinghausen’s disease), tuberous sclerosis, thyroid disease and vitiligo.

Studies have also shown that prematurely gray hair is associated with smoking.

But with this new research, groundwork has been laid for more work on the effect of stress on the body. Although we can’t currently do anything about our gray hair, this type of work might eventually lead to better health outcomes for those struggling to cope with life’s demands.

“Understanding how our tissues change under stress is the first critical step towards eventual treatment that can halt or revert the detrimental impact of stress,” Hsu said. “We still have a lot to learn in this area.”

Of course, gray hair isn’t all bad. Some people even dye their hair silver to join the “gray is gorgeous” camp. Even celebs like Kylie Jenner, showing her gray hair off on Instagram.

a little grey never hurt nobody

If it’s good enough for Jenner and Rihanna … perhaps we can love our gray hair, too!