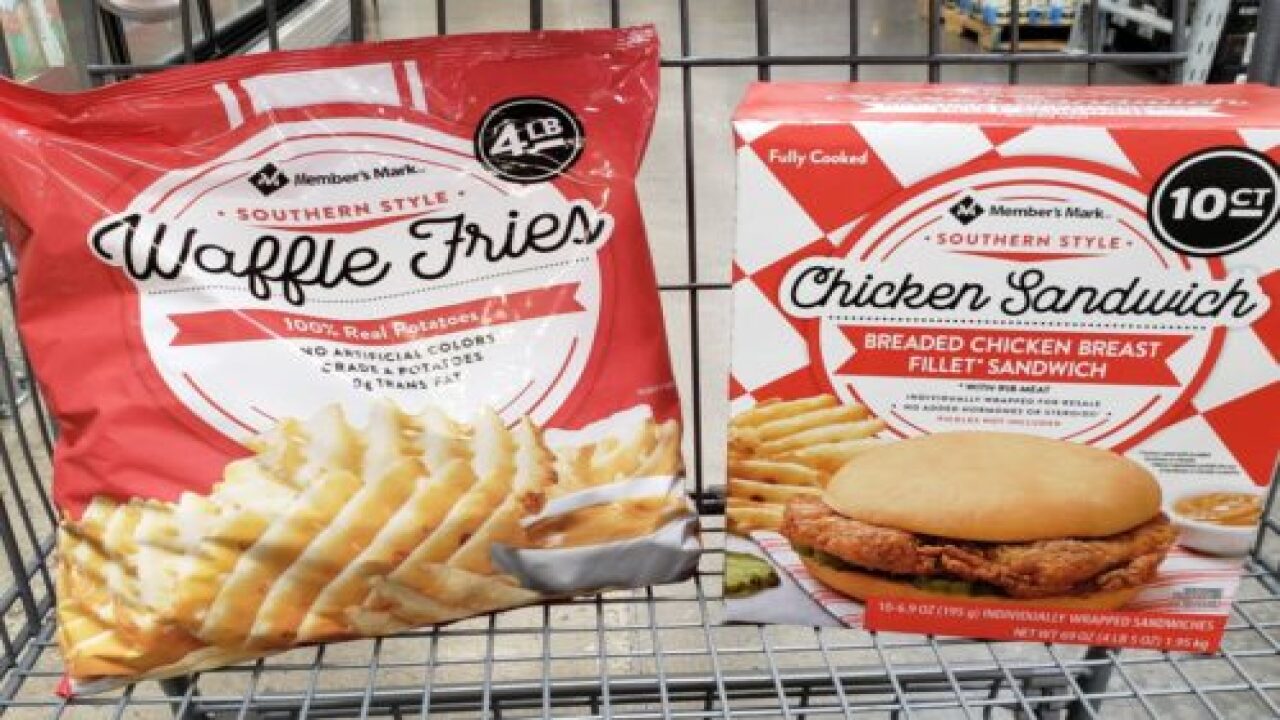 If Chick-fil-A tops your list of favorite fast food joints, you’re going to want to check out these new foods from Sam’s Club.

For a while now, Sam’s Club has had their Member’s Mark Southern Style chicken bites — which people say taste just like Chick-fil-A. Now, Sam’s is expanding the Southern Style menu to include two new items: a chicken sandwich and waffle fries.

The chicken sandwich features the same dill-flavored breaded chicken as the bites, but on a soft, buttery bun. A package of 10 costs $15.98, which is just $1.60 per sandwich. Making them is way easier than getting in your car and heading to Chick-fil-A: All you have to do throw it in the microwave, and it’s ready in 90 seconds.

Of course a sandwich really just isn’t the same without a side of fries. The new waffle fries are made with Grade A potatoes and, according to Sam’s Club, “taste just like the real deal!” They are ready in under 30 minutes in the oven or 15 minutes in the air fryer, and a four-pound bag costs $4.98.

For fans of those nugget-style bites, the waffle fries are a welcome side. If you haven’t tried the bites yet, here’s what you’ve been missing: Made with 100% white-meat chicken, the nuggets are covered with a light, crispy breading that has a hint of dill. They are $9.98 for a 3-pound bag.

Lastly, you’ll also need a dipping sauce, so you might as well make this copycat recipe for Chick-fil-A’s sauce. All you’ll need is honey mustard dressing, Sweet Baby Ray’s BBQ Sauce and some apple cider vinegar. It may not be exact, but it should be pretty close to Chick-fil-A’s actual sauce.

So, will you be trying Sam’s Club’s new Southern Style chicken sandwich or waffle fries?