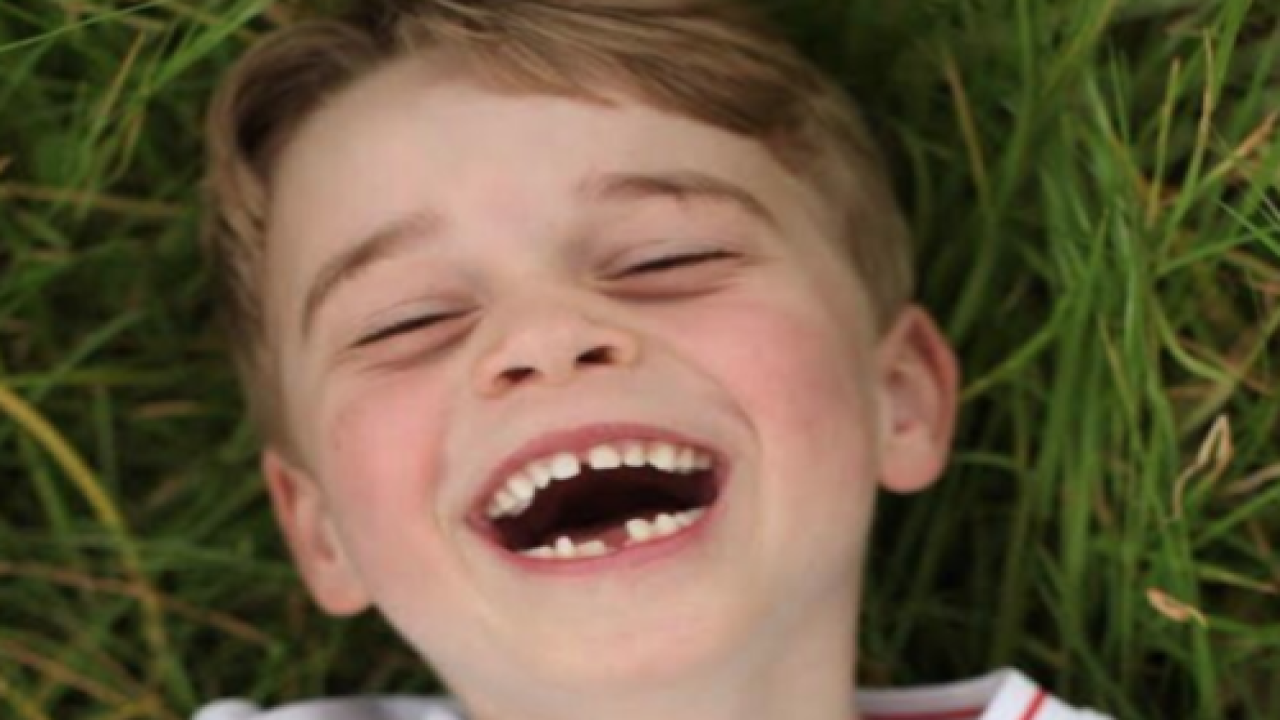 “ð¦ð¦ð¦ Happy Birthday Prince George!,” @kensingtonroyal captioned each of the separately posted pictures. “The Duke and Duchess of Cambridge are very pleased to share new photographs of Prince George to mark His Royal Highness’s sixth birthday … Thank you everyone for all your lovely messages!”

In one, the little prince is lying in the grass and laughing, sporting a big grin and a missing tooth.

That and a second photo show George wearing an English National Team soccer jersey. Both were taken in the garden of the Cambridge’s home at Kensington Palace.

The third snap was taken on the royal family’s vacation — or as they in Britain, holiday — to the Caribbean island of Mustique, an 11-hour direct flight from Great Britain. The little prince looks slightly sweaty as he leans on a picnic bench, as if he just came back for a snack after a good play session.

All three photos were taken by Prince George’s mother, Catherine, the Duchess of Cambridge, who is a skilled photographer.

Prince George is reportedly celebrating his birthday with his schoolmates back at home at Kensington Palace, according to US Weekly. His party comes complete with entertainment that includes a magician and bouncy castle and food such as pizza, pasta, sliders, cake, ice cream and candy. The site also reported in a video that he has asked for binoculars and an electric kids’ car as presents.