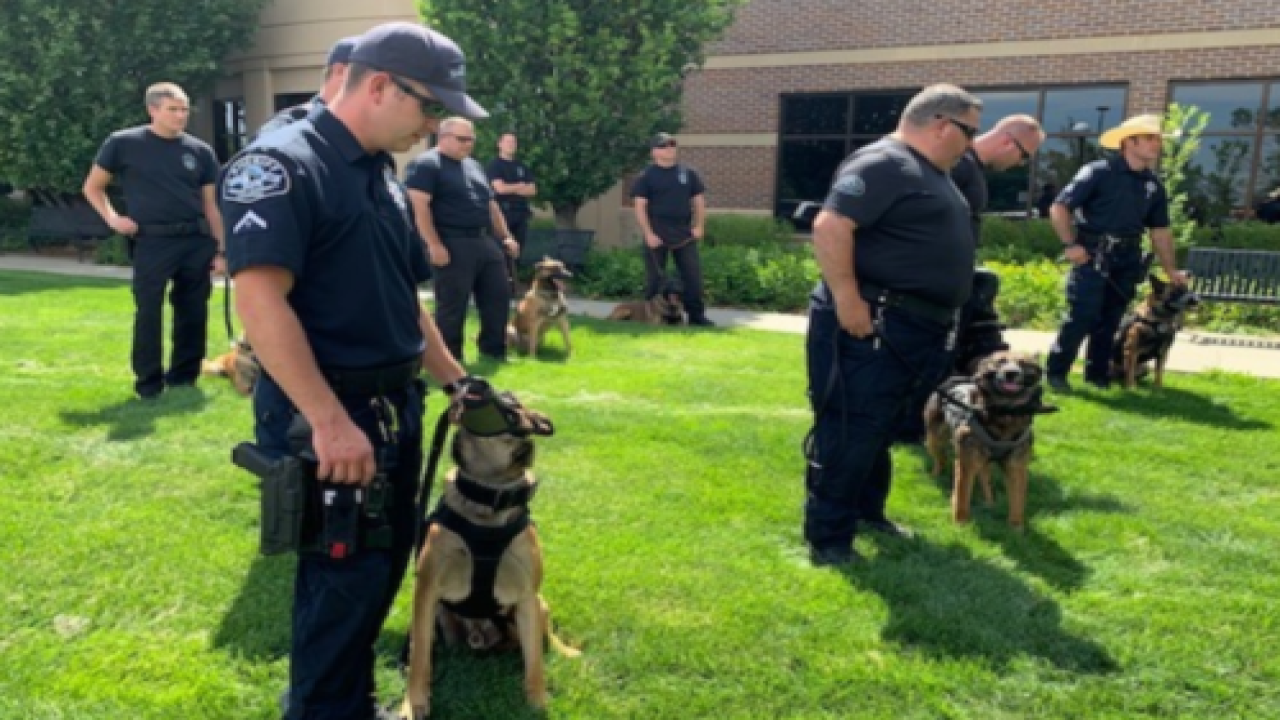 A recent retirement party in honor of one of Broomfield Police Department’s officers went to the dogs—literally. After seven years of service, K-9 officer Henk officially retired from the line of active duty. Henk, along with the rest of the Broomfield, Colorado police department’s K-9 unit, received training and certification in drug detection, tracking and criminal apprehension.

During his seven-year police career, Henk not only participated in searches for criminals and contraband, but also loved getting out in the community for events with his full-time handler Officer Danielle Faczak.

Henk is a nine-year-old purebred Dutch Shepherd who was imported from the Netherlands, according to the Broomfield Police Department. He retired from the police force due to his age and will now become a pet in someone’s home.

Bloomfield Enterprise reporter Jennifer Rios stopped by the retirement party to catch all the festivities. Rios posted a picture of the guest of honor relaxing with a well-deserved treat and shared her sincere congratulations for Henk’s service.

Congratulations to Henk, a @BroomfieldPD K-9 who retired today after seven years of service! Henk knows commands in three languages, is great with kids and is known for his tracking skills. pic.twitter.com/Q2RncNaK4I

Henk wasn’t the only handsome, four-legged officer present at his party, though. To celebrate the canine retirement, local officers (including fellow K-9s and their handlers) dropped by to see Henk be honored for his hard work.

The Broomfield Police Department posted a series of photos on Facebook sharing Henk’s retirement ceremony, including this one of several officers and dogs.

While hanging out with his friends was lots of fun, there was also official business to take care of before the party ended.

First, this very good boy was brought up in front of his friends and police officer family to be recognized for his work in the city.

And what retirement party is complete without a plaque honoring an officer’s years of service to his department and community?

After the formal ceremony was over, Henk and his pals enjoyed some highly-anticipated playtime, including a game of tug!

Now that he’s a civilian, Henk has plans to spend his retirement enjoying a well-deserved rest and lots of treats.

Enjoy your retirement, Henk! Your fellow officers have the watch.