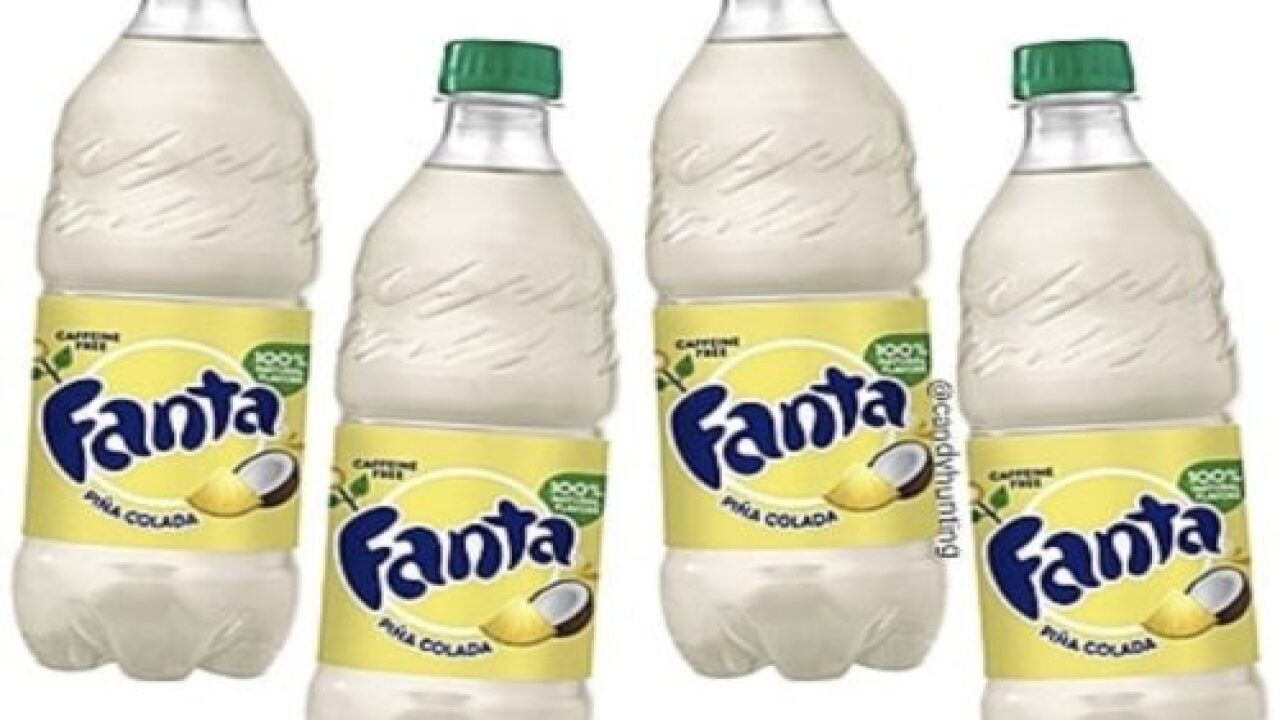 Right about now, many people would love the opportunity to escape the doldrums of winter in favor of a tropical paradise. If a beach vacation is not in the cards for you, get your fix with the new piña colada flavor from Fanta. One sip of this coconut- and pineapple-flavored soda, and you’ll be transported to an island retreat, even if there’s snow on the ground where you live.

According to Instagrammer @candyhunting, who first posted about the drink after encountering it at the National Association of Convenience Stores four months ago, the new drink is available in stores as of Feb. 10.

New Piña Colada Fanta will be out February 2020 in the US! I tried it at the NACS Show, and it is on point with the classic pineapple and coconut flavor. Much more on point than this low res image.

“New Piña Colada Fanta will be out February 2020 in the US!” read the caption. “I tried it at the NACS Show, and it is on point with the classic pineapple and coconut flavor.”

Fanta is made by the Coca-Cola Company, which also just introduced a new flavor of Coke, too — Cherry Vanilla. The company says the introduction of Piña Colada Fanta is based on consumer interest.

The label indicates that the new flavor is caffeine-free. For now, it’s unclear whether Piña Colada Fanta will be available for a limited time, or if it’s a permanent addition to the brand’s flavor lineup, which also includes Apple, Berry, Cherry, Fruit Punch, Grape, Grapefruit, Green Apple, Mango, Orange, Peach, Pineapple, Strawberry and Wild Cherry. Back in 2000, Piña Colada was introduced as a limited-edition flavor in Europe, but this is the first time it’s available in the United States.

On Fanta’s web site, the new soda is described as “a piña colada sea breeze coconut trees pineapple sips ocean dips vacation vibes with no vacation needed bring the beach to you thing.”

Sounds delightful! Although I’m sure the soda is tasty all on its own, it would also be a great mixed with rum for a carbonated version of a classic piña colada cocktail.

We’re so ready for this!