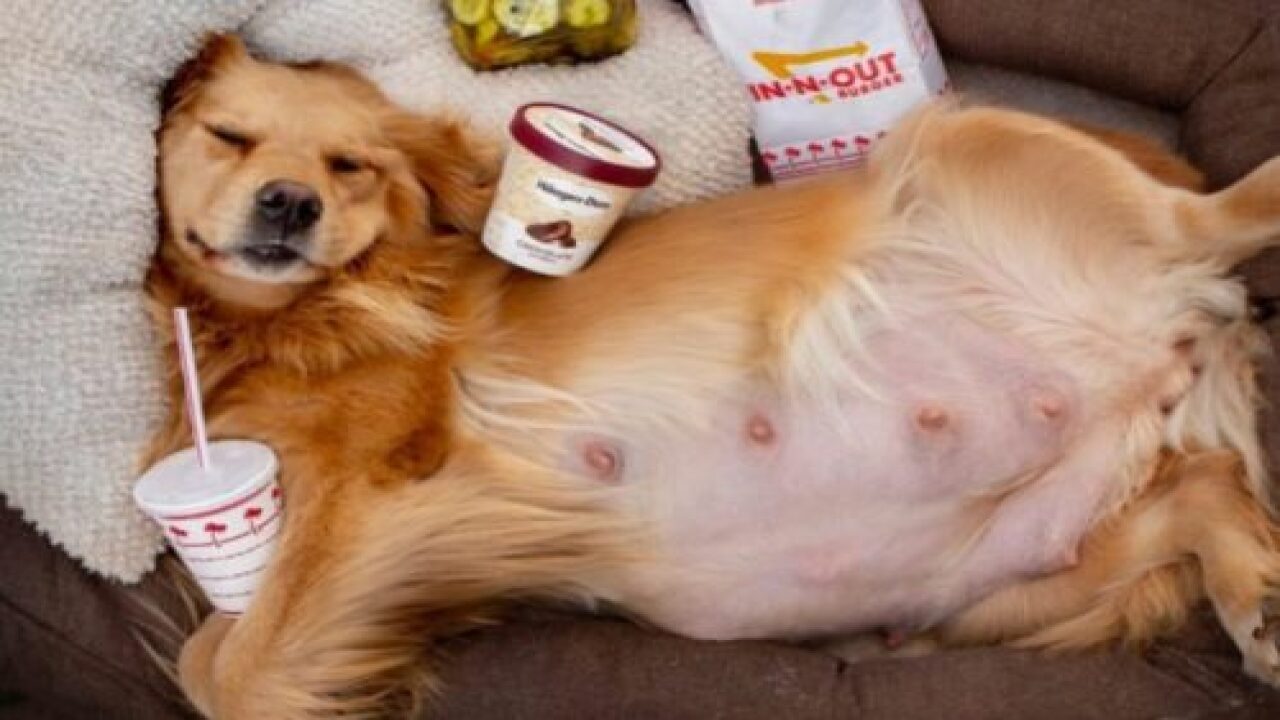 Cravings during pregnancy can be intense. It’s not only humans that go crazy for pickles and ice cream when they’re expecting, either. According to a viral photo of an adorable pregnant Golden Retriever surrounded by snacks, dogs also can’t resist the allure of junk food when they’re growing new life.

Kula the dog is expecting puppies, and her human recently took to Instagram to share this shot of her looking like she’s passed out in a food coma, judging by the In-N-Out Burger bag, pint of Haagen-Dazs, soda and jar of pickles arranged around her. It was posted to @heyitskula last week:

People thought the photo was so adorable and hilarious, it has racked up more than 1,700 likes.

This is not Kula’s first pregnancy, as she’s already mom to her daughter, Rodney.

Her second go at motherhood was announced in a similarly adorable way on Instagram, with Rodney holding a sign in her mouth that says, “I’m excited to announce … I’m going to be a big sister!”

“Rodney is just about to burst with the pawsome news she wants to share,” reads the caption.

I have to say this rivals any of the sweetest human pregnancy announcements I’ve seen on social media!

The pups obviously share a close mother-daughter bond. Just look at the two of them snuggled up together:

As the post points out, now Rodney will have to get used to sharing her mom with her new siblings: Kula just delivered a litter of eight puppies. A photo of one of the new babies was posted on Instagram on Jan. 16:

“Little purple girl is one of eight and she is still wet behind the ears…literally!” reads the caption. “Thanks for all of your good wishes, they each mean so much to us!”

The post goes on to reveal that Kula was in labor for over 30 hours with a 6-hour delivery. That definitely calls for a reward of some tasty treats!

And Kula’s human has continued to post pictures of the adorable puppies. Here’s a video of all eight that includes super-cute baby squeaking noises.

Congratulations to Kula. We can’t wait to see more pictures of her whole brood as they grow up!