Oreo Is Already Teasing Its New Cookies For Halloween And Christmas 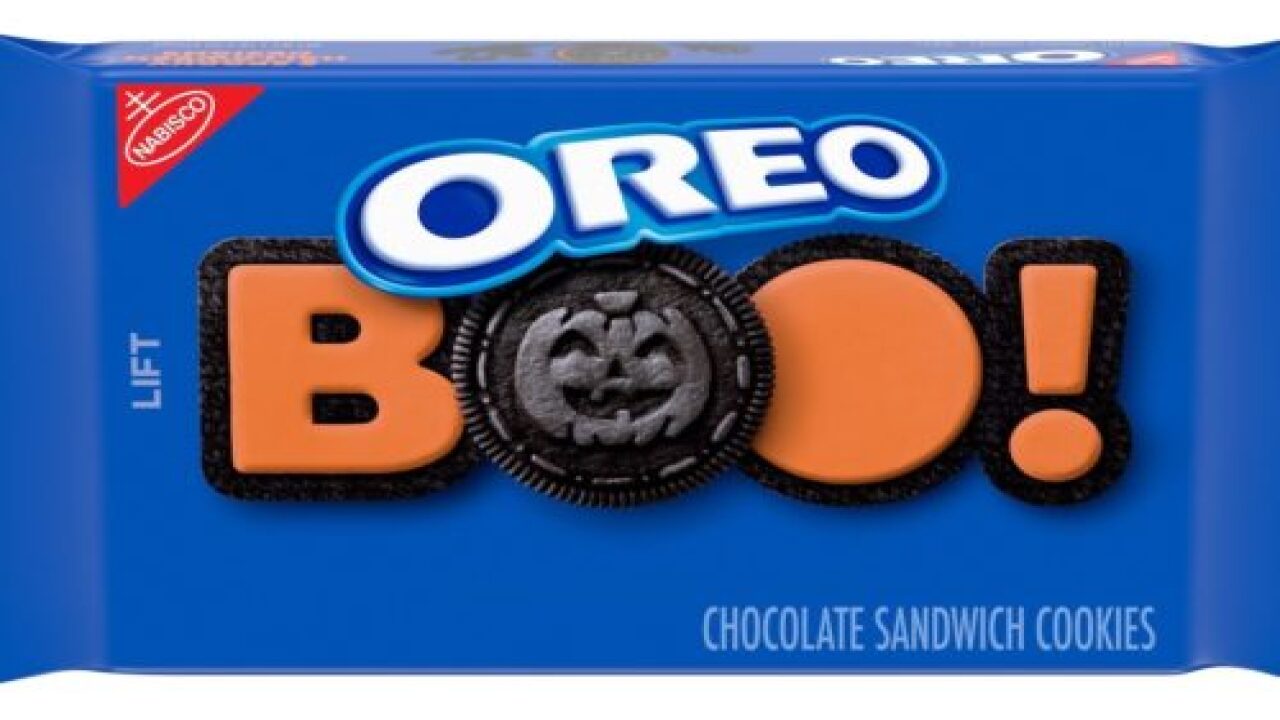 According to the calendar and the weather I am feeling (and avoiding) outside, it is definitely still summer. We have nearly two months still before we can officially say it’s fall, but we all know the pumpkin spice lattes will start flowing before it’s even September.

And I don’t mind at all. Come Sept. 1 (at least I wait until then), all of the soap and candles in my house Cinderella their way into pumpkin scents. Clearly, I am not alone. Bath and Body Works released their new fall scents in July, and M&M just launched a new Creepy Cocoa Crisp flavor that sounds perfect for Halloween.

Oreo isn’t waiting for autumn, either. Nabisco announced they’ll have a new maple creme flavor out at the end of this month, and they’re also giving us a sneak peek at their Halloween and even their Christmas Oreos.

Hey, it’s never too early for some holiday cheer!

The new Halloween Oreos will be available starting in mid-August nationwide, for a limited time while supplies last. Nabisco says the cookies will taste just like regular Oreos, but they’ll have orange-colored creme and five Halloween designs stamped into the crunchy cookie, such as a spiderweb, a witch on a broomstick and a jack-o’-lantern.

Before Halloween even comes to an end, Oreo’s new winter cookies will hit shelves, at the end of October (again, for a limited time, while supplies last). These Oreos will also taste exactly the same, but they’ll have red-colored creme and five winter designs: a penguin, snowflake, mittens, snowman and the words “Snow Day!”

These new Oreos are just a small selection of ones they’ve been releasing all spring and summer. In addition to the maple flavor for fall, other new flavors include Marshmallow Moon, mint chocolate chip, latte crème Oreo Thins and s’mores. Just like holiday cookies, they will not be around forever, so get them while you can.

Who’s ready for fall? I say, bring it on!