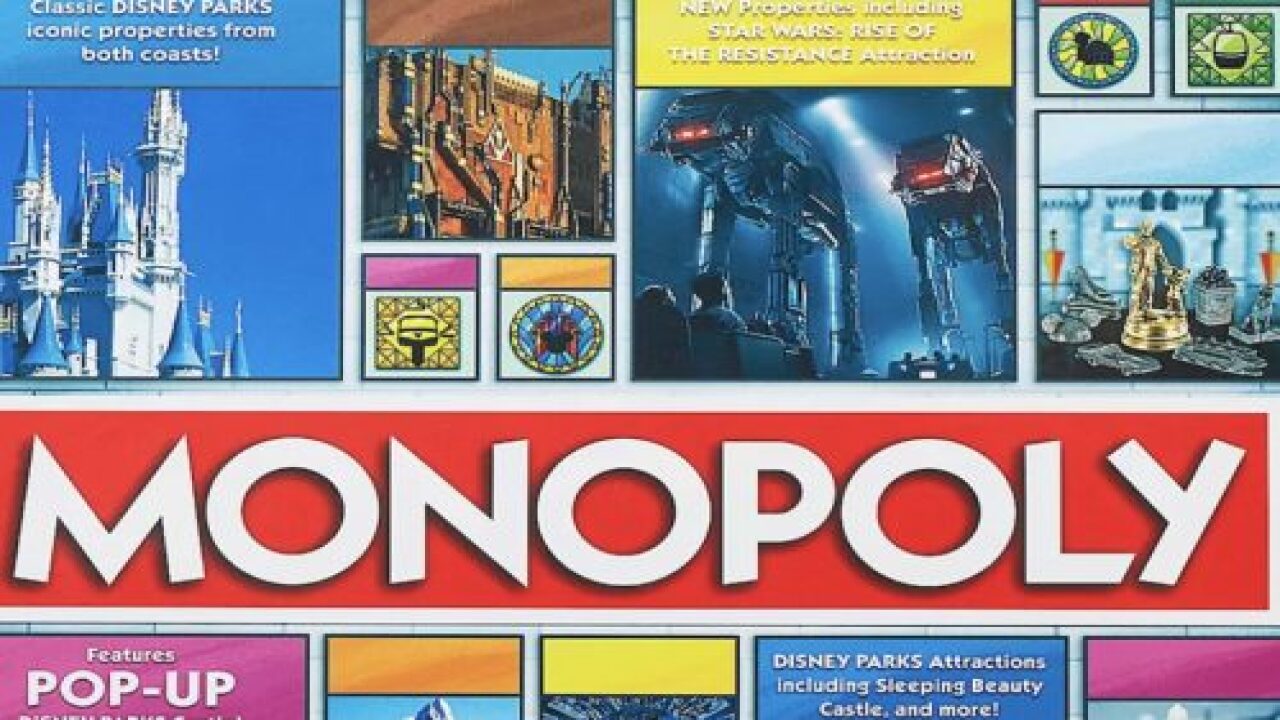 Disney theme park fans are missing their favorite destinations as places like Walt Disney World and Disneyland continue to remain closed due to the coronavirus. Even when the parks are open, Disney aficionados are constantly looking for ways to bring that special brand of magic into their own homes.

Now, we (yes, I am a proud Disney nerd!) can play to own some of the iconic attractions in our favorite parks with the newest edition of the Disney Parks Theme Park Edition Monopoly Game! The game, which was released last year, was previously available inside the parks.

The Fantasyland Castle that stands tall in the middle of the board might be enough for die-hard Disney fans to want to shell out the money for this game. But, there is so much more detail in this updated version of the classic Monopoly game to love!

First, let’s take a look at the play pieces for the game. The iconic car, top hat, and other board pieces from the original game are replaced with popular Disney items such as a set of Mickey Mouse ears, Cinderella’s glass slipper, a Disney Cruise Line ship and more. Plus, there are no ordinary green houses and red hotels in the Disney Theme Parks version of Monopoly. Instead, you get to play with Disney Toontown houses and Castles instead!

During gameplay, you won’t be taking a Chance or Community Chest card. What would a Disney game be without a little Magic and Fantasy? So that’s what the new play cards are called!

Now, the whole point of Monopoly is to collect properties and earn money. With the Disney Theme Parks Edition, players can now own some of Disney theme parks’ most beloved spots. Ever wish you could “own” Space Mountain, Haunted Mansion, or even Sleeping Beauty Castle? They are all part of the game, along with many more of your favorite Disney locations! Even some of the newest additions to the parks, including Star Wars: Rise of the Resistance and the Disney Skyliner, are part of the game.

And, if you don’t want to play a full game of Monopoly, which can take hours, this edition has a 60-minute speed-play version. That means you can get a quick “trip” to the Disney Parks in whenever the mood strikes!

Unfortunately, the game is sold out on shopDisney.com. There’s no word on when it’ll return to shopDisney.com, where you could click to order for $49.99.

However, while you wait for it to get stocked again, you could also get versions of Monopoly themed with other Disney properties, from Marvel’s Avengers to Toy Story. The Disney Animation version is available at Amazon.com for $58.90.

There are also previous versions of the theme park Monopoly games floating around, and some do have many of the same features. For example, you can get Disney Theme Park Edition III at the Disney Store website on sale right now for $33.

Then, you can play with Disney magic with the whole family!