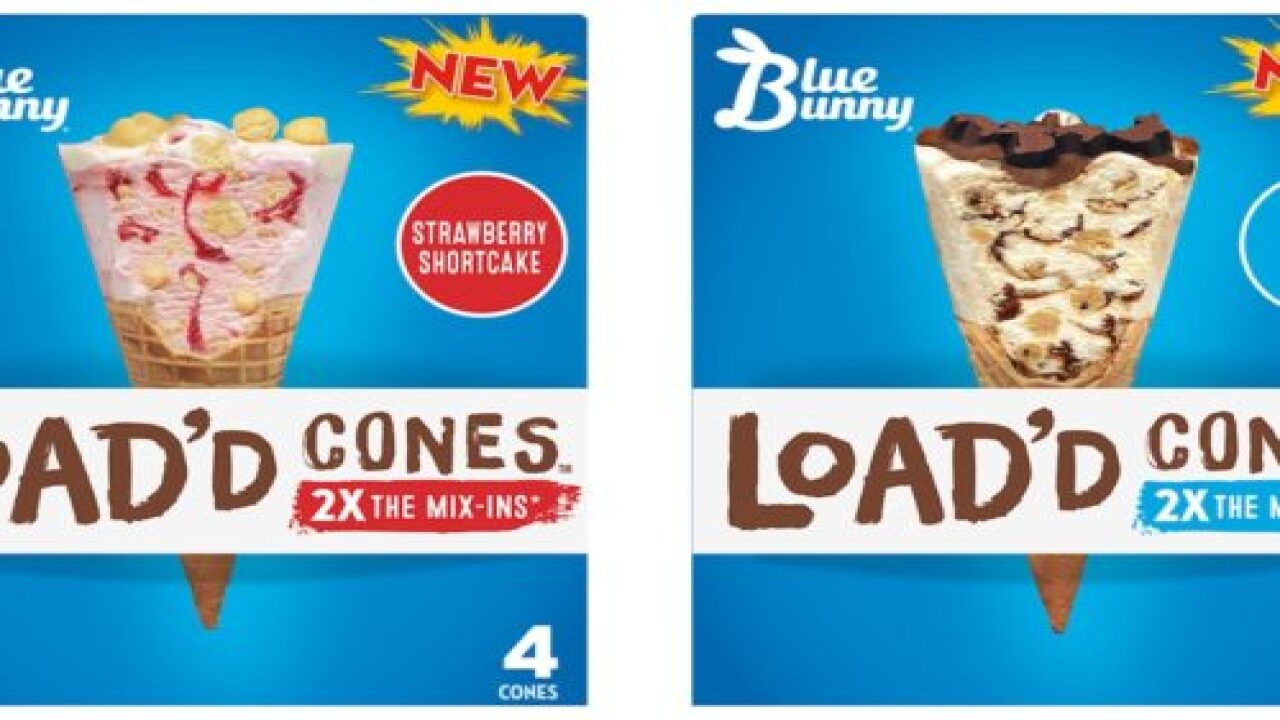 It’s pretty hard to improve upon the classic ice cream cone, but Blue Bunny is apparently up for the challenge of doing just that with its new Load’d Cones, a fun spin on the traditional waffle cone treat we all know and love.

The new Load’d Cones are not simply filled with plain ice cream — these bad boys are filled from top to bottom with toppings and mix-ins in five different flavors: Strawberry Shortcake, S’mores, Cookie Dough, Bunny Tracks and Brownie Bomb.

Boxes of four cones are available in stores nationwide for around $5.99.

While not filled with toppings, Nestle has quite a few ice cream cone flavors available in the freezer aisle as well. From banana sundae to white chocolate and cookie-dipped, there are more than a dozen choices.

The new Chocolate Bunny Tracks ice cream is similar to the cone, just, you know, without the cone and with chocolate ice cream instead of vanilla. It also includes chocolate peanut butter bunnies, chocolate-covered peanuts, and swirls of caramel and fudge.

Would you try an ice cream cone loaded with mix-ins?