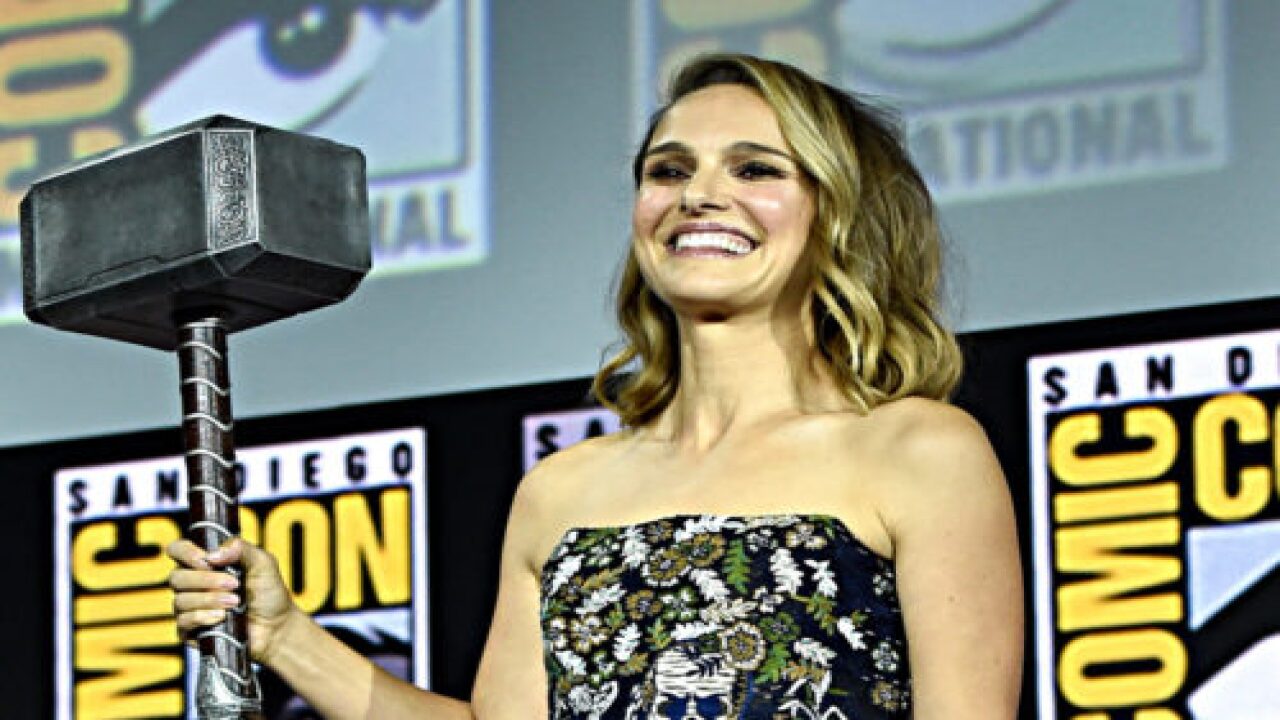 Move over, Chris Hemsworth. There is a new Thor in town — and a female one, at that!

Last weekend at the San Diego Comic-Con panel, Marvel President Kevin Feige thrilled the audience when he revealed that the newest film on the Marvel docket would be a movie featuring Natalie Portman as a female Thor.

Although it may sound unprecedented, the truth is that the storyline of a female Thor is outlined in the Marvel comics. Jane Foster (Portman’s character in 2011’s “Thor”) becomes the Goddess of Thunder after taking up Thor’s hammer when he becomes unable to wield it. (It all happens in “Thor Vol. 1: The Goddess of Thunder.”)

Considering how well “Wonder Woman” did at the box office — earning $821.8 million worldwide, making it the highest-grossing superhero origin film ever made — it is no wonder that Marvel wants to continue exploring these powerful and multi-faceted female characters. Their stories are clearly entertaining audiences around the world.

Natalie Portman posted the exciting news about her new role as female Thor on her Instagram page, writing, “So thrilled to share the news with you today at #sdcc2019 that I’ll be returning to the @marvel #mcu as female Thor with legends @taikawaititi @tessamaethompson and @chrishemsworth. (Remember this as the before picture for when I get jacked)”:

So thrilled to share the news with you today at #sdcc2019 that I’ll be returning to the @marvel #mcu as female Thor with legends @taikawaititi @tessamaethompson and @chrishemsworth. (Remember this as the before picture for when I get jacked)

Looks like Portman plans to get ripped for her upcoming role as the brawny superhero!

As she mentions in her post, the upcoming “Thor: Love and Thunder” will be directed by Taika Waititi. Waititi previously directed Marvel’s 2017 “Thor: Ragnarok” as well as other popular films such as “What We Do in Shadows.” He will also write the script.

Chris Hemsworth will also return as Thor in “Thor: Love and Thunder,” along with Tessa Thompson in her role as Valkyrie. The movie will come out Nov. 5, 2021, so Portman will have plenty of time to make those gains in the gym.

In the meantime, keep your eyes peeled for other upcoming Marvel projects starring powerful women. This includes Scarlett Johansson in “Black Widow,” which will come out in May 2020, and Simu Liu in “Shang-Chi and the Legend of the Ten Rings,” which will premiere in February 2021.

Here’s to women saving themselves and the rest of the world while they are at it!