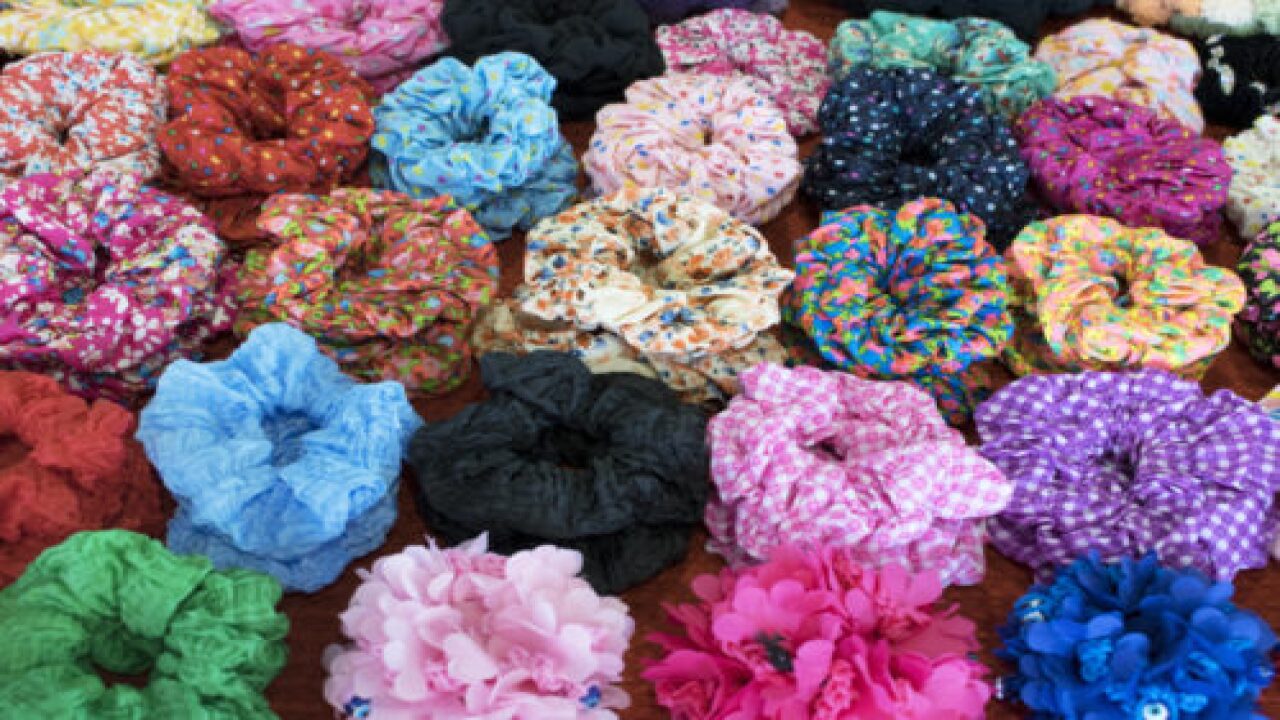 Not so long ago, scrunchies were kind of a joke — along with high-waisted jeans and tiny backpacks, reminders of severely outdated 1980s and ’90s fashion.

But now they’re back, and today’s teens have come up with a new use for the frilly hair accessory: A token of affection.

According to one clever mom, girls give boys they like a scrunchie to wear on their wrist. Flattered, the boys collect the scrunchies until — like so many teenage treasures — they end up in the wash, mystifying parents. (Meanwhile, the girls’ families wonder why they have to keep buying scrunchies.)

North Carolina mom Emily Covington sussed out the new ritual when she noticed random scrunchies in the family laundry.

“One week there were all these scrunchies in the dryer,” she told Good Morning America. “The first batch, I didn’t think anything of and tossed them in the trash thinking it was a fluke or maybe even mine that I forgot.”

After the scrunchies returned, she did the best thing she could do: She asked her son directly about all the scrunchies. He told her about the new trend, and Covington shared the info with other moms in a post that swiftly went viral.

“PSA to ALL MIDDLE SCHOOL MOMS!” she wrote. “Apparently it’s cool to give your scrunchie to someone you think is cute.”

She included a photo of the scrunchies she’d found in her son’s wash just that week!

Her post really struck a nerve — it has 38,000 reactions and 48,000 shares currently. Parents were mostly tickled by the news, though in a subsequent post, Covington was sure she’d upset an important group of people.

Apparently, the scrunchie recipient is often expected to wear the fluffy object on his wrist as a reminder of the scrunchie-giver. To reciprocate, he may choose to let his admirer wear his hoodie.

With scrunchies on arms all over the place — from Balenciaga runway shows to VSCO girls on Instagram — it was only a matter of time before the kids created a secret meaning for them. And this one is pretty cute!