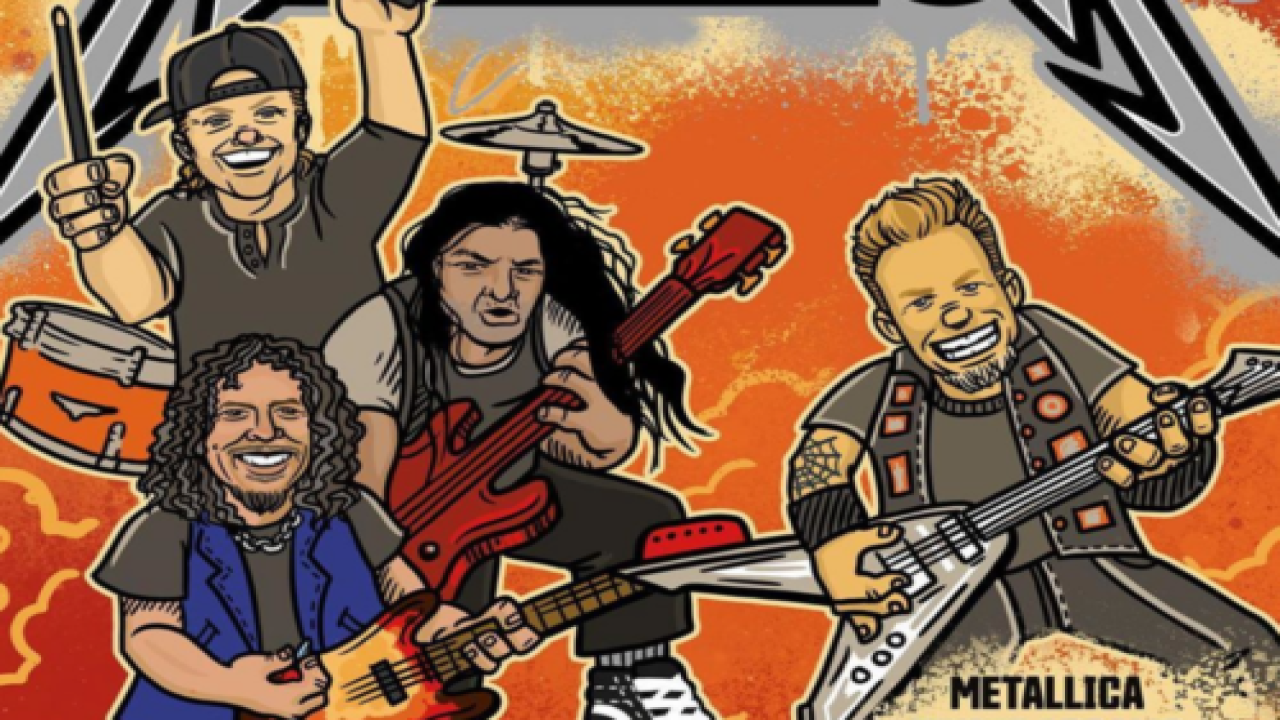 Metallica’s new release could be the band’s heaviest yet — depending on how many pages it has.

The iconic metal band is working on a children’s book and it’s going to be a must-have for all the little headbangers out there.

“The ABCs of Metallica” is an upcoming illustrated book that aims to help kids learn the alphabet while simultaneously learning about the history of their parents’ favorite band. According to Metallica’s website, the book will use rhymes and drawings to tell the band’s story, going letter by letter, from A to Z.

When I was a kid, I read “Dr. Seuss’s ABC” and no disrespect to the Doc but Metallica’s alphabet book would’ve made me way more pumped to learn my letters!

We’re having a bit of fun with our latest book release, “The ABCs of Metallica,” available in stores and online on November 26th. Not only do you get a rhyming, illustrated history of Metallica from A to Z, but a portion of the proceeds from your purchase will go directly to @allwithinmyhandsfoundation, assisting us in supporting workforce education and the fight against hunger. Visit metallica.com/abcs to pre-order your copy!

The band announced the book on July 10 and, judging from comments on social media, many fans thought it was a prank. But the project is totally serious and, in fact, some earnings from sales of the book will benefit Metallica’s All Within My Hands Foundation, a nonprofit that supports food banks and community college scholarships.

“The ABCs of Metallica” was co-written by the members of the band and Howie Abrams, who has a bit of a history with writing interesting books for kids. In 2017, Abrams and illustrator Michael McLeer teamed up for an alphabet book aimed at rap fans with “Hip-Hop Alphabet.”

Metallica has been making music since 1982. They’ve sold millions of records and made plenty of headlines, so there should be no shortage of fun facts for the band to include in the book. Though finding enough stories about a 1980s metal band that are appropriate for a children’s book probably took some time.

“The ABCs of Metallica” is now available for pre-order through Metallica’s official online store for $18.99 and is expected to be released on Nov. 26.

Meanwhile, for the older fans in the family, the band’s 11th studio album is in the works and will reportedly be available soon.