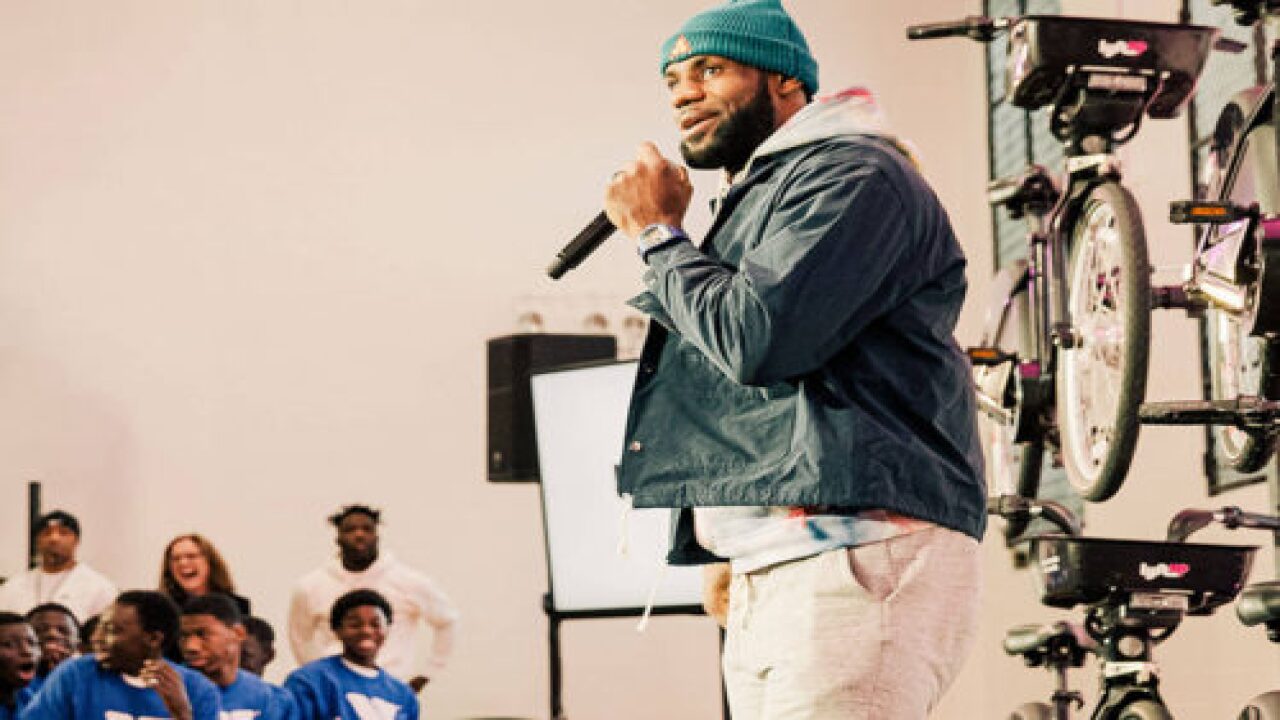 In the past several years, New York City has worked hard to become more bike-friendly, and their efforts have paid off. With more than 450,000 bike trips taking place in the streets daily (as of 2017), N.Y.C. is embracing bike culture.

And now LeBron James, who just overtook the late, great Kobe Bryant (R.I.P.) to land at third place on NBA’s all-time top scoring list, is working to help bring this healthy, environmentally-friendly activity to teenagers who might not otherwise have access to a bike.

In conjunction with Lyft, James just announced that he would provide New York teens with a free year of membership to Lyft’s bike-sharing service. The memberships will be distributed throughout 2020 to eligible 16- to 20-year-olds who participate in YMCA programs. The free membership is part of Lyft’s new LyftUp program, which was created to help bring transportation possibilities to the people who need it the most.

The bike-sharing service will give teens the ability to attend school and work without having to deal with the costs and loss of time associated with public transportation. When James revealed the new initiative last week to excited teenagers at the Harlem YMCA, the basketball star and philanthropist explained why this was important to him.

“Growing up, a bike changed everything for me. It was more than a way to go see my friends or play basketball — it was a way of life,” James said. “A bike opened doors, allowed me to get to safe places after school, and gave me access to opportunities I never would have known. I’m proud that Uninterrupted can join Lyft in bringing that access to kids and people in communities across the country.”

Uninterrupted is James’s digital brand, which he created alongside partner Maverick Carter in 2017. The company seeks to empower and educate by giving athletes a platform for sharing their own unique struggles and insights.

“It’s all about authentication,” said James on a recent podcast. “And being authentic to what we talk about and being able to be yourself.”

The idea of Uninterrupted, according to its website, is to change the way athletes communicate directly with fans and to help them become known for more than playing a sport. So far, so good!

Lyft says that the program begins in the spring, and will move to other cities later this year. Lyft will work with local partners in Chicago and the Bay Area to build upon bike-share networks that already exist, expanding bike availability to youth who could use help overcoming transportation barriers.

What an empowering initiative!