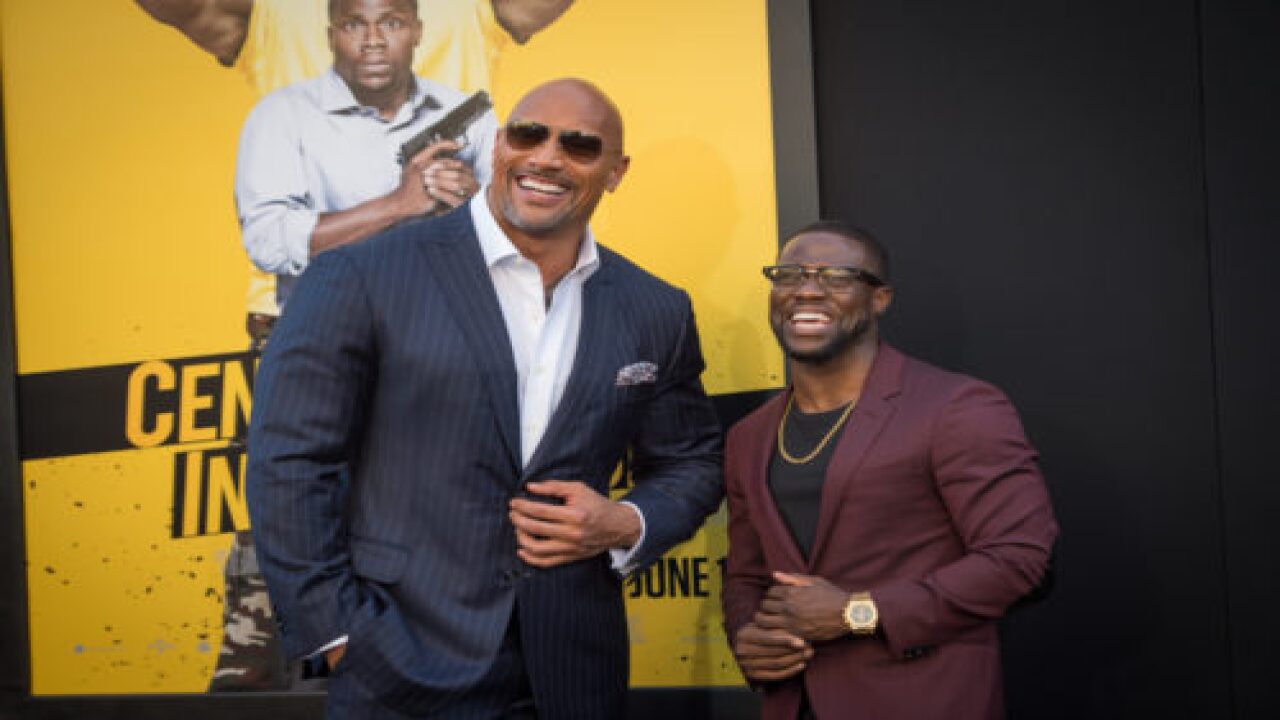 Have you ever dressed up as your favorite celebrity for Halloween? Kevin Hart is a famous comedian and actor, but that didn’t stop him from dressing up as one of his fellow celebrities for the holiday. On Oct. 30, Hart shared a video to Instagram in which he’s dressed up like Dwayne “The Rock” Johnson.

To pull off the costume, he donned a black turtleneck, a silver chain and a fanny pack, just like the ones that Johnson rocked in an iconic 1990s photoshoot.

The hilarious video shows the Rock opening up his front door to some trick-or-treaters dressed like characters from “Jumanji.” The next time his doorbell rings, he opens the door to find Hart dressed in his likeness:

I killed it with my Halloween costume this year…. @therock had the nerve to get an attitude with me. ððððð We are dropping a brand new trailer for Jumanji The Next Level tomorrow. Stay tuned!!!!!!

Johnson asks him, “Why are you dressed like that?”

“Because it’s my costume,” Hart replies. “All you gotta do is go to the costume store and say, ‘make me look stupid.'”

When Hart strikes a pose like the one Johnson did in the famous photo, Johnson admonishes him not to stand like that, and insists he didn’t pose like that. The video cuts to the photo in question, proving that he did, in fact, pose exactly like that. Too funny!

Hart says that he came trick or treating at his house because he heard Johnson has “the good stuff,” but The Rock says while he does indeed have “the good stuff,” AKA king-size candy bars, he won’t be giving them to Hart. Instead, he offers him a fun-size piece.

“Here’s what you get,” the Rock says, offering him the candy. “It’s tiny, mini, like you.”

Hart then roasts Johnson’s Halloween decorations. “Hey kids !” he shouts. “Dwayne ‘The Rock’ Johnson is giving out raisins and pennies!” He then angrily storms off, punching an inflatable decoration in the yard on his way out.

The video then cuts to a short teaser for the new movie “Jumanji: The Next Level,” which the two friends co-star in. Check out the final trailer for the sequel, which premieres on Dec. 13, in the YouTube clip below:

If their Halloween Instagram video is any indication, these two will make quite the pair in the Jumanji sequel!