Kelly Clarkson And John Legend Are Releasing A New, Modern Version Of ‘Baby, It’s Cold Outside’ 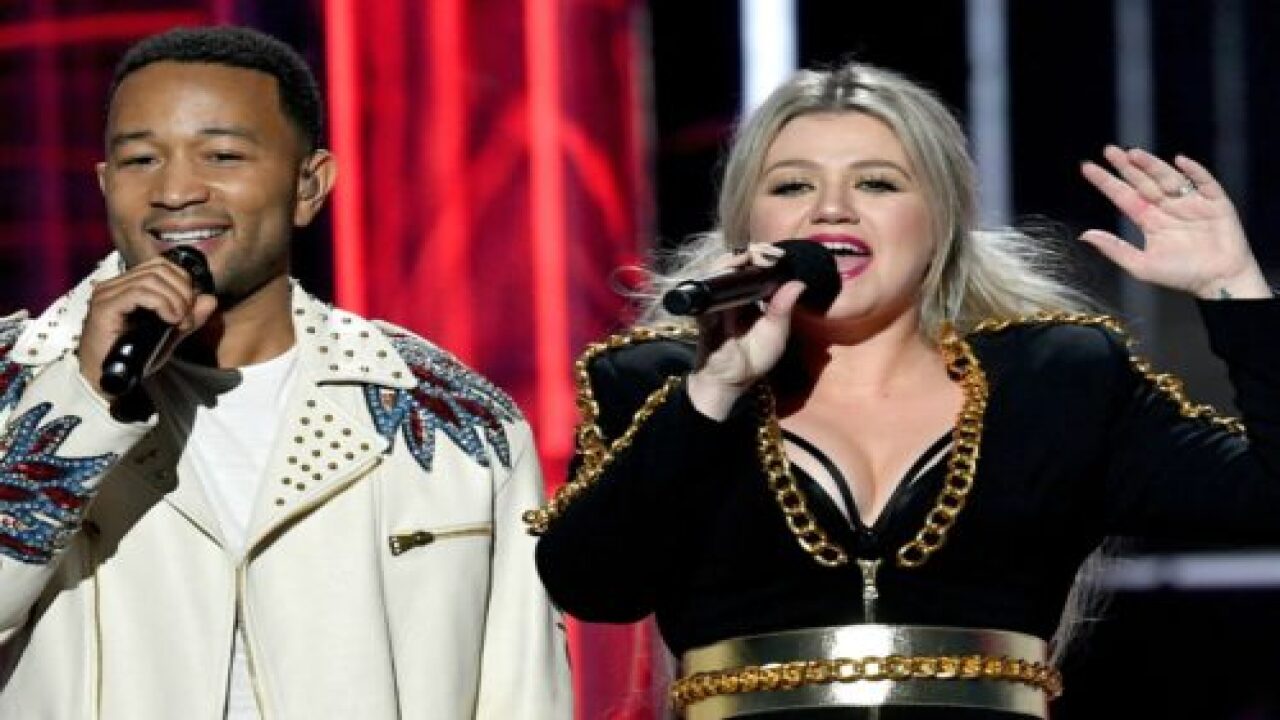 “The Voice” co-stars John Legend and Kelly Clarkson are set to release a new version of “Baby, It’s Cold Outside,” the classic and controversial holiday song.

It will be included in an expanded version of Legend’s 2018 Christmas album “A Legendary Christmas,” along with three other new songs. The expanded LP is due out on November 8.

Legend shared a preview of the new version of “Baby, It’s Cold Outside,” for a Vanity Fair reporter in his and wife Chrissy Teigen’s December 2019 cover story for the magazine.

When the reporter pointed out that the original 1944 version , which was written by Frank Loesser to sing with his wife at parties, has been called “date rapey,” Legend emphasized that he and co-writer Natasha Rothwell (“Insecure”) have updated the lyrics that he and Clarkson sing.

Some of the new lines include “What will my friends think/ (I think they should rejoice)/ if I have one more drink?/( It’s your body, and your choice).”

Rolling Stone cited these additional altered lines: “I really can’t stay/ (Baby it’s cold outside)/I’ve gotta go away/ (I can call you a ride)/ This evening has been/ (So glad that you dropped in)/ So very nice/ (Time spent with you is paradise)/ My mother will start to worry/ (I’ll call a car and tell ’em to hurry).”

“The song’s every bit as fun and swinging as the original, and its newfound sensitivity feels genuine, not performative,” the Vanity Fair article noted.

There have been many covers of the song over the years. Zooey Deschanel’s stunning vocals in the movie “Elf” during an inadvertent duet with Will Ferrell’s Buddy the Elf helped make her a household name. Idina Menzel and Michael Buble released their more kid-friendly version in 2014, replacing various lyrics like “What’s in this drink” with “Say, was that a wink?”

There have also been some recent #MeToo era rewrites focusing on consent and the accompanying debates over whether the song is about a man preying on a woman or about a woman standing up to assumptions about female behavior in mid-century America.

If you’re looking for the original lyrics, here’s Lea Michele and Joey McIntyre singing the winter tune at a Disney holiday celebration in 2017 (seen below).

Legend and Clarkson recently rocked a cover of “More than Words” with fellow Voice judges Blake Shelton and Gwen Stefani so we can’t wait to hear this new holiday collaboration.

What do you think? Did “Baby, It’s Cold Outside” need a rewrite?