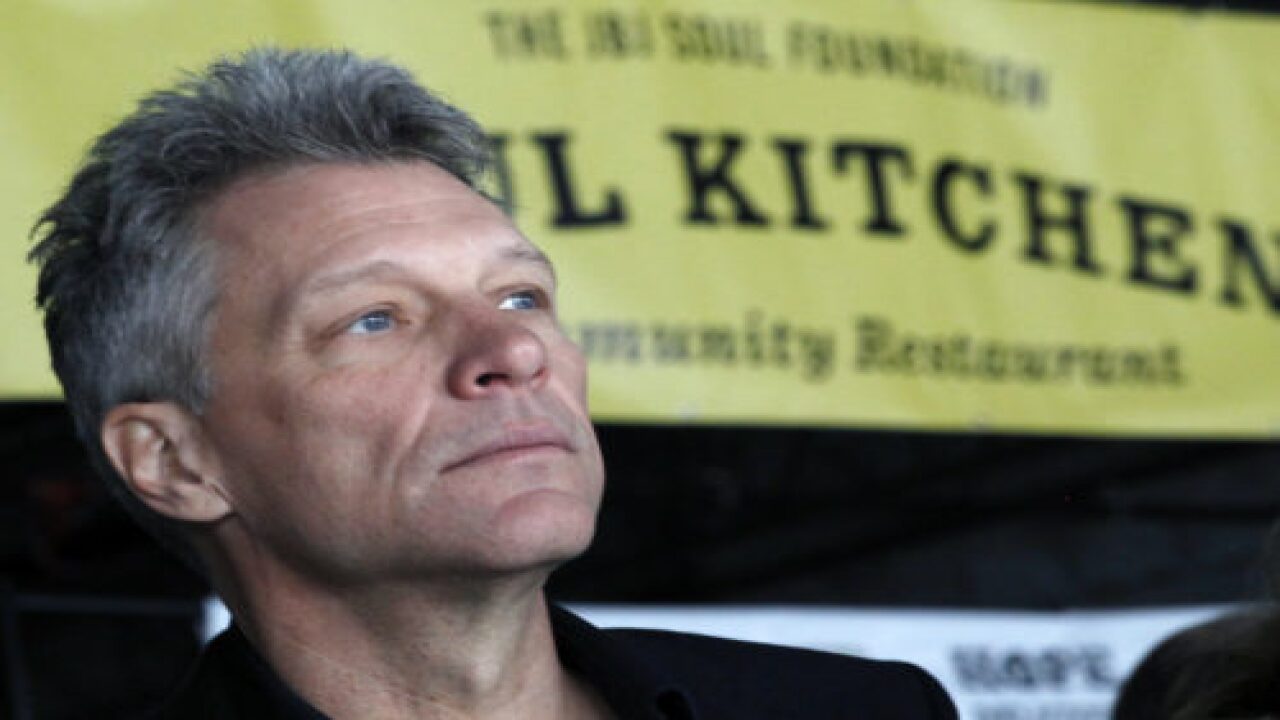 Rock superstar Jon Bon Jovi is pitching in to help folks in need during the coronavirus crisis — and donating his time to help his team on the ground.

Bon Jovi, who already funds a small fleet of charity operations through his JBJ Soul Foundation, shared a photo of himself washing dishes at his JBJ Soul Kitchen restaurant in Red Bank, New Jersey. The restaurant normally serves a pay-what-you-can menu for people who need a little leg up, but they’ve transitioned to offering meals for free during these difficult days.

Under normal conditions, Soul Kitchen diners can volunteer their time to “pay off” a meal at the kitchen. But with New Jersey experiencing a state of emergency, volunteering is off for the moment, according to Today. Instead, the two Soul Kitchen locations are using regular staff and serving meals totally free — carry-out only, of course.

Bon Jovi isn’t the only famous name who’s stepping up to provide food for those who need it. Chef José Andrés, who runs a small empire of high-end restaurants, is already well-known for his philanthropic efforts: His World Kitchen nonprofit cooks and delivers meals to victims of natural disasters all over the world.

Now, as NBC4 Washington reports, Andrés is closing his restaurants in the Washington, D.C. area. Some of his 11 locations will serve as community kitchens to feed anyone who stops in.

In an emotional Instagram post: Andrés announced the closing of Jaleo, one of his first restaurants, and its new function as a kitchen:

This is a hard time, but we are one big family & we will get through this. We can all take care of each other…sometimes that’s all it takes. So be strong. We can change the world through the power of food. #ChefsForAmerica

Meanwhile, many chefs around the country are giving back to their own work communities by setting up funds and opening their kitchens to assist restaurant workers who have been laid off recently. Chef Edward Lee transformed his restaurant 610 Magnolia in Louisville, Kentucky into a temporary relief center where service workers could receive toiletries, cleaning supplies, diapers and meals.

“We saw an immediate need to open up our kitchen to help the millions of restaurant workers that are out of work, many of whom are living paycheck to paycheck,” Lee told CNN.

The Lee Initiative posted on Instagram with a detailed caption about the program:

Restaurant Workers Relief Program Due to the closure of restaurants, we have an urgent need for assistance for the thousands of restaurant workers who find themselves suddenly without work, without a paycheck and without a support system. Independent restaurants are at the center of the vibrant growth in America. For the past decade, we have relied on the stellar hospitality and positive PR, now restaurant workers need your help more than ever. If we don’t take a stand and do something now, there will not be an independent restaurant industry to speak of when the corona-virus crisis is over. Starting on March 17, in partnership with @makersmark we will turn 610 Magnolia into a relief center for any restaurant worker who has been laid off or has had a significant reduction in hours. We are offering help for those in dire need of food and supplies. Each night, we will pack hundreds of to go dinners that people can come to pick up and take home. Dinners are offered on a first come first serve basis. Limit 2 to a person unless there is an emergency situation. We will also have supplies on hand for those in need: diapers, wipes, baby food, non-perishable canned foods and cereals, toilet paper, and Tylenol. We will limit how much any one person can take of these supplies but they will be handed out free to those in need. We will continue to offer this program throughout the quarantine period or until we can no longer financially support the program. Details of the program are below: – Dinner pick up address: 621 West Magnolia Ave, Louisville, KY 40208 – This program will be offered 7 nights a week until otherwise notified. – Pick up time is 5:00pm to 8:30pm nightly. Please Come with a list of needs and we will pack and deliver to your car. – Please bring a paycheck stub or proof of restaurant employment. To Support this program, please donate at LEEInitiative.org All Donations received by LEE Initiative in March and April will go directly to the restaurant workers relief efforts.

All sorts of famous folks are doing what they can to help their communities right now. Fashion icon Donatella Versace donated 200,000 euros to a hospital in Milan; Blake Lively and Ryan Reynolds donated $1,000,000 to fight hunger; designer Christian Siriano offered the services of his sewing workshop to make masks; and sports stars from Steph Curry to Russell Wilson are pitching in to support their communities.

It’s great to see these familiar faces joining the effort!