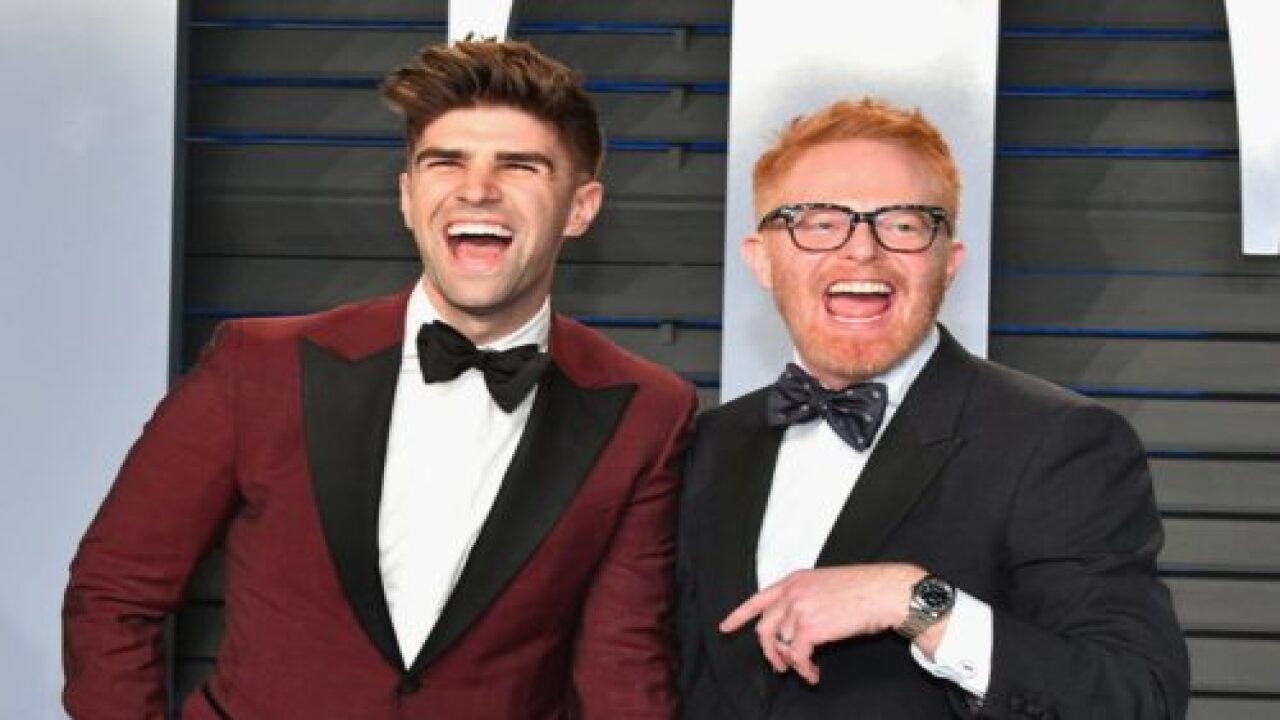 Jesse Tyler Ferguson and Justin Mikita are about to become first-time dads! Actor Ferguson, who is currently filming the final season of the long-running, award-winning sitcom “Modern Family,” shared the happy news on Wednesday’s episode of “The Late Late Show with James Corden.”

Earlier that day, Ferguson posted a selfie on Instagram with Corden and fellow guest Charlie Hunnam, stating that they would be talking about “Extreme Makeover Home Edition,” the last season of “Modern Family” and “a few other little things.”

One of those “other little things” turned out to be pretty big news.

I’m on @latelateshow tonight with #charliehunnam talking about Extreme Makeover Home Edition, the last season of @abcmodernfam & a few other little things!

The trio was talking about reaching the age of 40, and Ferguson commented that “It’s when you finally become an adult, I feel.”

“Like, ‘I need to start getting serious about things,'” he said. “Actually, this is something I haven’t even mentioned to anyone, if we could just keep it between the three of us and you all, but I’m actually expecting a baby in July with my husband.”

He added that he is “very excited, but it feels like I’m 44 now, let’s get this show going. Tick tock.”

He didn’t reveal the sex of the baby, only jokingly confirming that it would be “human.”

You can see the full announcement in the video below:

Ferguson, who plays lawyer Mitchell Pritchett on the television show “Modern Family,” and real-life lawyer Mikita, 34, got engaged in 2012 and married a year later in New York City, with playwright Tony Kushner officiating. On Dec. 30, Ferguson posted a cute pic of the couple on a beach in Puerto Rico, with the caption, “Bringing in the last days of the decade in Puerto Rico with the guy I started dating at the beginning of it!”

Bringing in the last days of the decade in Puerto Rico with the guy I started dating at the beginning of it! â¤ï¸ you @justinmikita

The day after “The Late Late Show” aired, Mikita alluded to his husband’s announcement, posting a meme on Instagram about parenthood.

“Truly can’t wait,” he wrote in the caption.