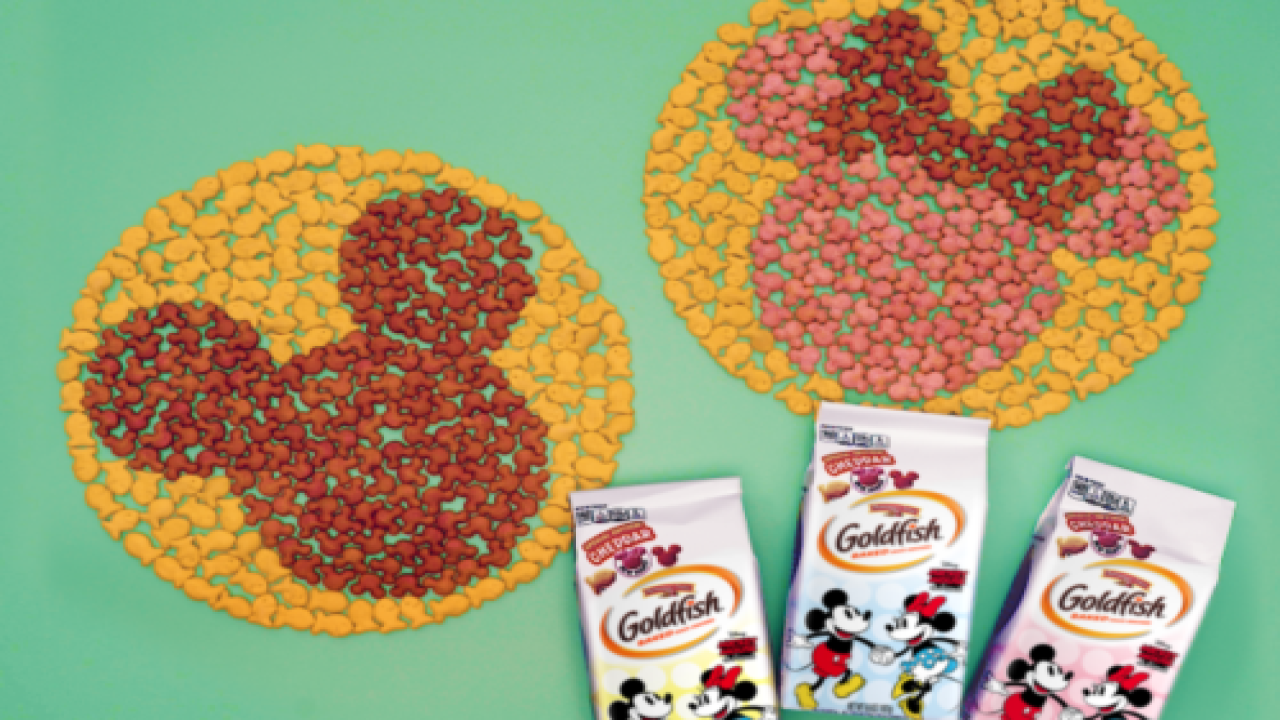 If you have kids — or have simply been around them — chances are you’ve seen them eating Goldfish crackers. They’re hugely popular with kids (and adults!) because they’re tasty, easy for little hands to hold and, of course, shaped like little fish.

There are some exceptions to the fish rule, however, as the Pepperidge Farm snack has been released in other shapes in order to celebrate Disney films like “Toy Story,” “Cars” and “Finding Dory” — which was still a fish, but blue!

Goldfish crackers also collaborated with Disney in 2018 to celebrate Mickey’s 90th birthday. The Mickey Mouse crackers were apparently a hit because not only are they back again this year, but Mickey is bringing a friend along. Yup. We’re talking about Minnie, of course!

The limited-edition crackers, baked with 100% real cheddar cheese, are available exclusively at Target for now, but will be in other stores nationally in April 2020. Pepperidge Farm does not say how long the crackers will be around, but your best bet is to get them as soon as you see them in your local store.

Need more Mickey treats in your life? While you’ll have to go to Disney World to find the majority of them, there are some in stores as well. Target also sells Mickey waffles and Mickey-shaped veggie chips, just to name a few.

Disney is also bringing a park classic to grocery stores nationwide — their iconic Mickey Mouse Cookies ‘n Cream Sandwiches. The ice cream sandwiches have a soft chocolatey exterior and are filled with cookies-and-cream-flavored ice cream. The treats, which until now could only be found inside Disney parks, are 180 calories each.

You can also buy Mickey ice cream bars at grocery stores nationwide. The bars feature vanilla ice cream coated in chocolate on a stick, all in the shape of Mickey’s head, of course.

Will you be picking up some Mickey and Minnie Goldfish crackers before they disappear from store shelves?