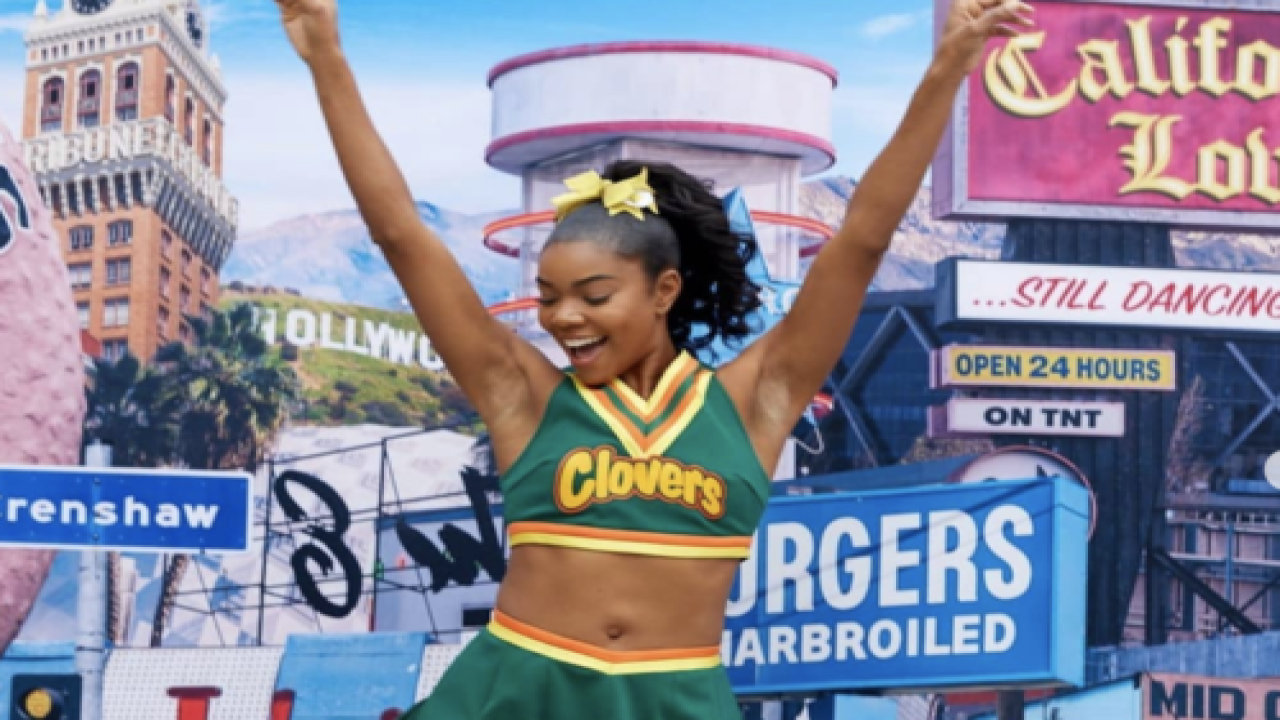 Gabrielle Union and her daughter Kaavia were recently just spotted twinning in the most adorable way.

Back in 2000, Union starred in the popular cheerleading movie “Bring It On.” On Oct. 27, the actor took to Instagram to share some photos of her and her daughter wearing matching cheerleading costumes inspired by the one she wore in the movie .

Kaavia, who will celebrate her first birthday next month, looked absolutely precious posing alongside her famous mom. “Brought it. #CaliforniaLove,” Union captioned the sweet photos:

If that isn’t the perfect mother-daughter Halloween costume, I don’t know what is!

She also posted a clip from the movie in which she’s performing a cheer, and then cut to her and her daughter doing their own rendition of it:

Too cute! Could Kaavia be the star of a “Bring It On” reboot someday?

The duo sported the costumes for Union’s 47th birthday party. On Oct. 29, her actual birthday, the actor took to Instagram to acknowledge all the wisdom she’s gleaned in her 47 years of life:

This is 47! Some nuggets I've learned to embrace… As long as I got a plate (full or not) I'm gonna try to make sure everybody eats. If the seat you are offering me at your wack ass table means I cant sleep at night, that's a hard pass for me. I'll go to my grave creating the world's biggest most inclusive table centering the voices, lives and best interests of our most marginalized peoples. My time with my family is priceless. Admit when you are wrong. And dont offer terrible apologies that include "I'm sorry IF…" Center your joy, peace and grace. Always remember that not everyone is going to love you, like you or support you. That's not ANY of your business. You can STILL love them, support them and champion them & their work. You lose nothing celebrating folks, even the ones who would prefer you take a long walk off a short plank. Dont apologize for doing what's right for YOU. There is no pot of gold at the end of your life for doing what everyone else thinks you should. LIVE! Evolution is a beautiful thing. Just cuz you were a dumbass doesn't mean you have to STAY a dumbass. Learn, grow & evolve. Have fun with cool folks and dont leave until the lights come on!! Happy Birthday to meeeeeeeee ððªð¾âð¿ð¤ð¤ð¤ð¤ð¤ð¤ð¤ð¤ð¤ð¤ð¤ð¤ð¤ð¤ð¤

“This is 47!” she wrote alongside a photo of her triumphantly posing in her costume. “Some nuggets I’ve learned to embrace…As long as I got a plate (full or not) I’m gonna try to make sure everybody eats. If the seat you are offering me at your wack ass table means I can’t sleep at night, that’s a hard pass for me. I’ll go to my grave creating the world’s biggest most inclusive table centering the voices, lives and best interests of our most marginalized peoples.”

Union also talked about the importance of family.

“My time with my family is priceless,” she continued. “Admit when you are wrong. And don’t offer terrible apologies that include ‘I’m sorry IF…’ Center your joy, peace and grace.”

Now those are some words to live by! Happy birthday to Union and here’s to many more to come!