Dr Pepper Will Soon Come In A Cream Soda Flavor 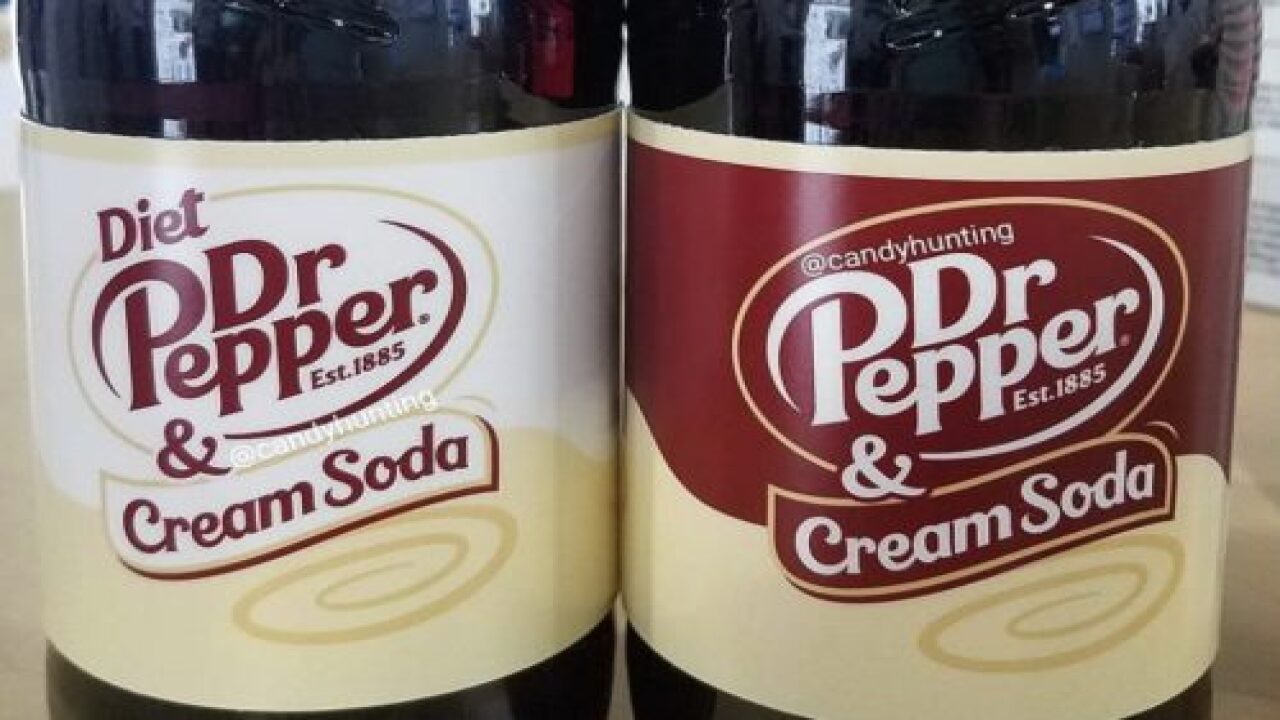 On the heels of this past summer’s Dr Pepper Dark Berry soda, another limited edition Dr Pepper flavor is coming soon to store shelves. A Dr Pepper & Cream Soda will reportedly be launched in March 2020. The new flavor combines the distinctive tang of Dr Pepper with the taste of vanilla cream soda.

Conference-goers at the recent 2019 National Association of Convenience Stores (NACS) annual trade show were treated to a sneak peek of the soda. Instagram user @candyhunting even captured a few images of the new soda that will apparently be available in both regular and diet options:

New Dr Pepper & Cream Soda in both regular and diet varieties will be out March 2020! Due to the added vanilla flavor, these aren't as strong on the classic Dr Pepper taste. Therefore, the flavor here is much less polarizing than original Dr Pepper. I actually like this flavor, unlike the original!

“Due to the added vanilla flavor, these aren’t as strong on the classic Dr Pepper taste. Therefore, the flavor here is much less polarizing than original Dr Pepper. I actually like this flavor, unlike the original!”

This isn’t Dr Pepper’s first foray into unique flavors. In addition to the original flavor, as well as spin-offs Dr Pepper Cherry and Dr Pepper Cherry Vanilla, the soda company released a Dark Berry Dr Pepper over the summer in conjunction with the film “Spider-Man: Far From Home.” The soda featured notes of black currant, blackberry and black cherry and was well-received by fans.

Dr Pepper has also created a limited-edition birthday cake flavor soda. However, this Dr Pepper can’t be bought at stores. You have to be a member of the Pepper Pack ambassador club and wait for your birthday to roll around to try it.

Since 2018, Dr Pepper has reportedly been mailing a six-pack of the birthday cake flavor soda in the mail to its ambassadors, like Instagram user @erikagc70 — who posted an image of Icing on the Cake Dr Pepper with the box she received from the company.

It's not officially your birth month until you receive a six pack of Birthday Cake from @drpepper ! ðð #DrPepper #SixPack #BirthdayCake #BirthMonth #February #DrPepperBDay #PepperPack #Ambassador #Aquarius â¡ï¸â¡ï¸â¡ï¸ TO BE BECOME A MEMBER OF THE #PEPPERPACK/DR PEPPER AMBASSADOR APPLY @ DRPEPPER.COM !

In the past, Dr Pepper has also made limited edition flavors like Berries & Cream and Vanilla Float.

Lately, we’re getting some interesting new takes on our favorite sodas, and Dr Pepper & Cream Soda is simply the most recent.

Right now, for example, you can get a Mountain Dew VooDew, which is a mystery flavor said to taste like cotton candy, cream soda or candy corn.

You can also get Cinnamon Coca-Cola and Winter Spiced Cranberry Sprite! These both sound awesome for the coming holiday season.

Are you excited to try the new Dr Pepper & Cream Soda flavor?