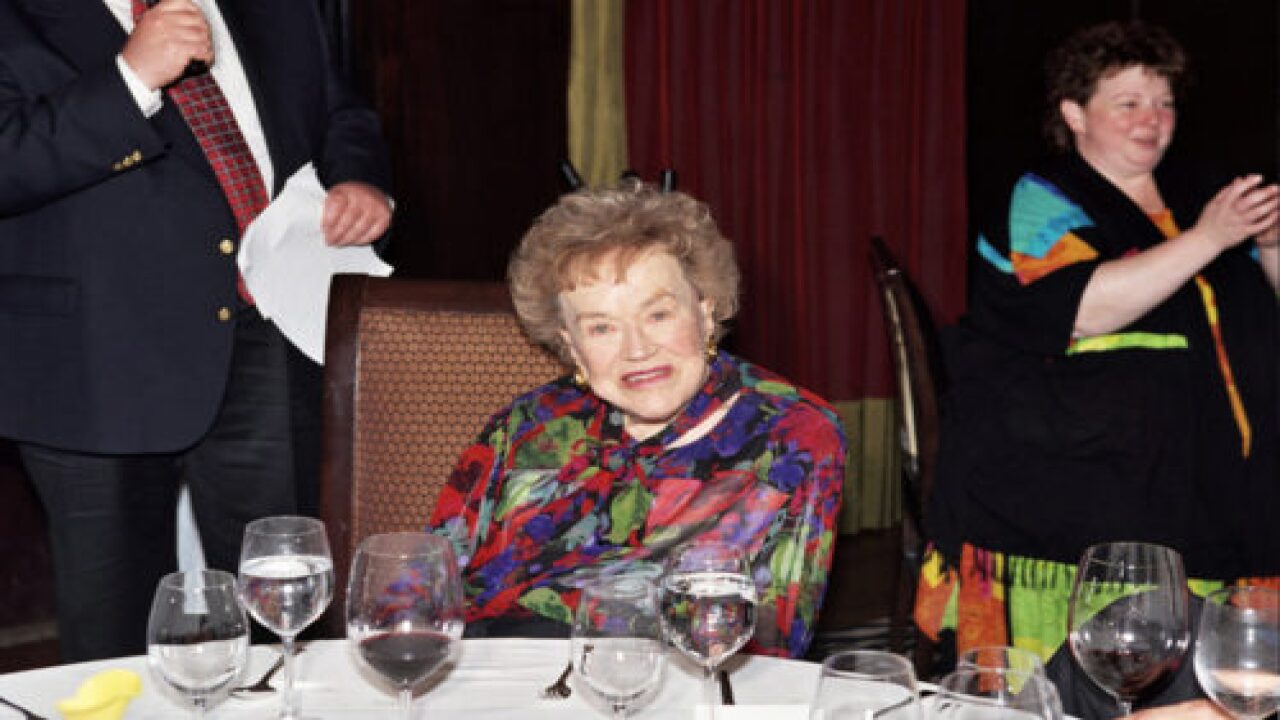 As much as she loved French cuisine and sharing it with people via her TV show and cookbooks, Julia Child was a Californian at heart. The chef and Southern California native, who died at the age of 91 in 2004, lived the last few years of her life in Santa Barbara, California.

To celebrate her legacy, the Santa Barbara Culinary Experience teamed up with the Julia Child Foundation to create a map of all of Julia Child’s favorite places to eat in Santa Barbara County. You can download the map for free from the SBCE’s website.

Among the restaurants listed on the map is La Super-Rica Taqueria, a Mexican restaurant-slash-taco joint that Child made famous by mentioning it as her favorite place to eat in interviews with “Good Morning America” and Bon Appetit magazine.

More surprising is the inclusion of In-N-Out Burger and Costco. Apparently, although she was a fan of haute cuisine, she could also appreciate fast food, too. Child reportedly liked to stop at the West Coast fast-food burger chain on road trips for the fries and the discount shopping store for the hot dogs.

However, the map also includes some more posh restaurants, especially in the nearby town of Montecito, a ritzy hillside community that’s now known for being a “celebrity paradise.”

“Julia and her husband Paul had an apartment by the sea at Montecito Shores in the 1980s and she lived full-time in Montecito from 2001 to 2004 at Casa Dorinda (both private residences),” a note on the map says. “She loved walking on Butterfly Beach, wandering the gardens at Ganna Walska’s Lotusland (tours are reservation-only) and dining at Lucky’s, which she called a ‘jolly place.'”

Here’s an image posted to Instagram recently by the Santa Barbara Culinary Experience of one of the places on the map, San Ysidro Ranch in Montecito. This tour isn’t just going to take you to the good food, it’s a feast for the eyes as well.

Enjoy Julia Child’s favorite dishes in one of her favorite places—the iconic @sanysidroranch on Friday, March 13th. A four-course menu will be created by chef Matt Johnson honoring her legacy, accompanied by a tour the property’s award-winning wine cellar. It'll surely be a night to remember. Link in bio for tickets! #sbculinaryexperience #sanysidroranch Photo: @sanysidroranch

The map also includes some spots that Child didn’t actually visit herself, but that the SCBE believes she would enjoy if she were alive today, like Santa Barbara’s Funk Zone, a former warehouse and manufacturing district that has been transformed into a neighborhood of upscale boutiques, restaurants, and wineries.

“The Funk Zone didn’t exist in Julia’s era, but she would have loved the explosion of food and wine choices in this little, urban enclave by the beach,” the map reads. “From the early days of the Santa Barbara Winery to The Lark restaurant, Margerum Tasting Room and so many other food, beverage and hotel options, this walkable zone has it all now.”

Looking for a good time to go? Santa Barbara is holding its inaugural Santa Barbara Culinary Experience on March 13-15, 2020. You can enjoy the food scene in Child’s town during this three-day festival, which is promoted here by the @juliachildfoundation.

Last night in Santa Barbara, we held a special celebration for what would have been Julia’s 107th birthday. At the party, we announced the launch of a new annual event, the Santa Barbara Culinary Experience. Inspired by the mix of fun and learning about food and drink which Julia advocated so passionately, the Santa Barbara Culinary Experience will gather the local community and out of town visitors to shine a light on Santa Barbara’s culinary, wine, drinks and artisan community. Please join us March 13-15, 2020 for the inaugural event! #sbculinaryexperience Follow @sbculinaryexperience for the lastest news and updates!

A post shared by The Julia Child Foundation (@juliachildfoundation) on Aug 16, 2019 at 6:37am PDT

See more of Julia Child’s favorite places by downloading the map. It might inspire you to plan that trip to Santa Barbara!