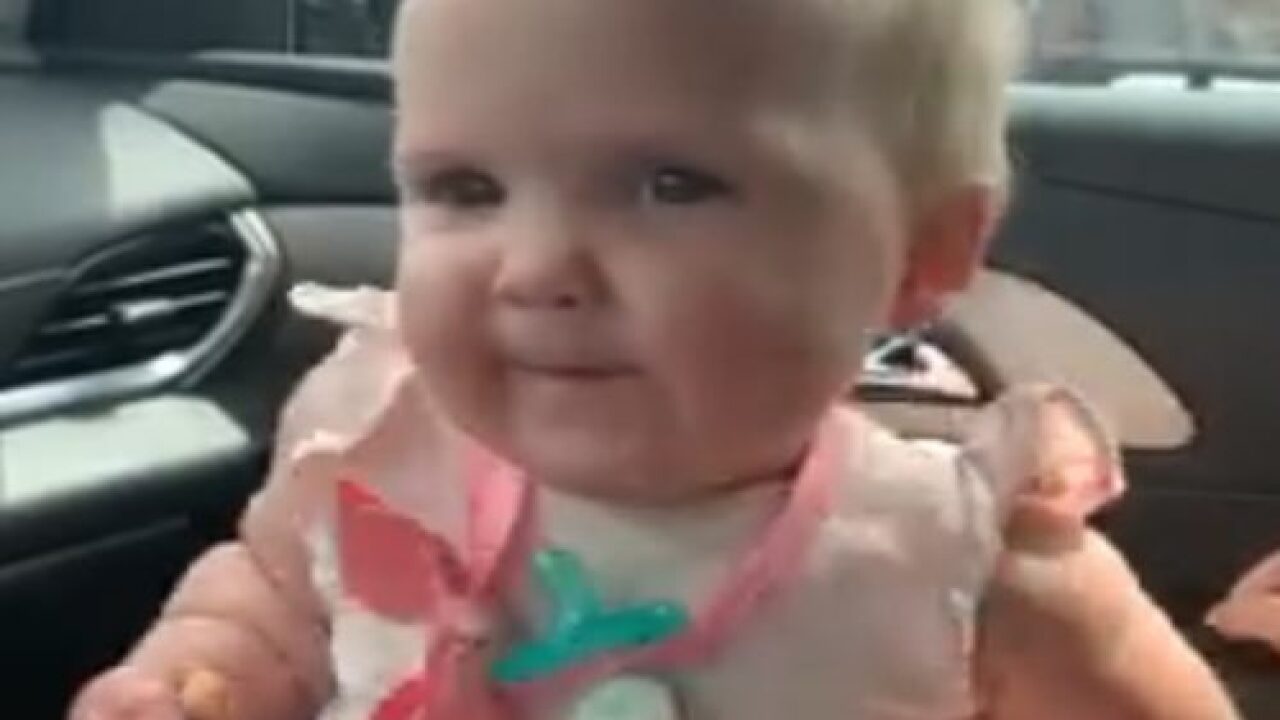 Just in case you needed a little something to get you through the rest of the week, this video is a total mood-booster! Mom Jennifer Burnett-Dooley posted a video of her baby daughter dancing to the Jonas Brothers while holding a french fry, and this is exactly the kind of uplifting content you needed to see.

“Nothin’ like a McDonald’s french fry and the Jo Bros on the radio,” the mom wrote in a Facebook caption beneath the video of 1-year-old Ella dancing along to the Jonas Brothers’ “Sucker”:

Her sassy little shimmy is everything!

Based on the reactions online, people can clearly relate to this baby’s joy at eating french fries and listening to the Jonas Brothers. Twitter user @prncssvera tweeted, “[I] have never related more.”

Meanwhile, Twitter user @shelblygordon found herself overwhelmed with emotion after seeing the video, writing, “I’m crying [because] my ovaries are SCREAMING” (Ella is one stinkin’ cute baby, after all).

I just saw a video on FB of a baby dancing to the Jonas Brothers while holding a french fry and I'm crying bc my ovaries are SCREAMING.

And Twitter user @michiebluez59 was impressed by the 1-year-old’s dance moves writing, “I think she has better movements than me.”

What a cutest! I think she has better movements than me ðð This Baby Dancing to the Jonas Brothers With a French Fry in Her Hand Has to Be My Future Child #Topbuzz https://t.co/ZNMzXueiAa

This isn’t the first time a video of a baby’s eat-and-dance session has taken the world by storm.

Back in February, little 2-year-old Baylor almost broke the internet when her mom, Brooke Mooney, posted a video of the little girl dancing to Beyoncé — while holding a corn dog.

The YouTube video shows the little girl moving and grooving to “Crazy In Love,” and is inspiring for so many reasons, namely the confidence and the corn dog:

As if it wasn’t already clear that this tot was living her best life, that giggle at the end just seals the deal.

To accompany the video, the girl’s mom wrote, “Our almost two-year-old little girl loves to dance, and after being inspired by another little girl dancing, we caught the most epic hair blowing, corn dog eating, Beyoncé dancing video.”

If these little girls don’t have you in the mood to grab some delicious food and turn on some good music — we don’t know what will!

Anyone else feel a dance break coming on?