This New Plane Looks Just Like A Cute Beluga Whale 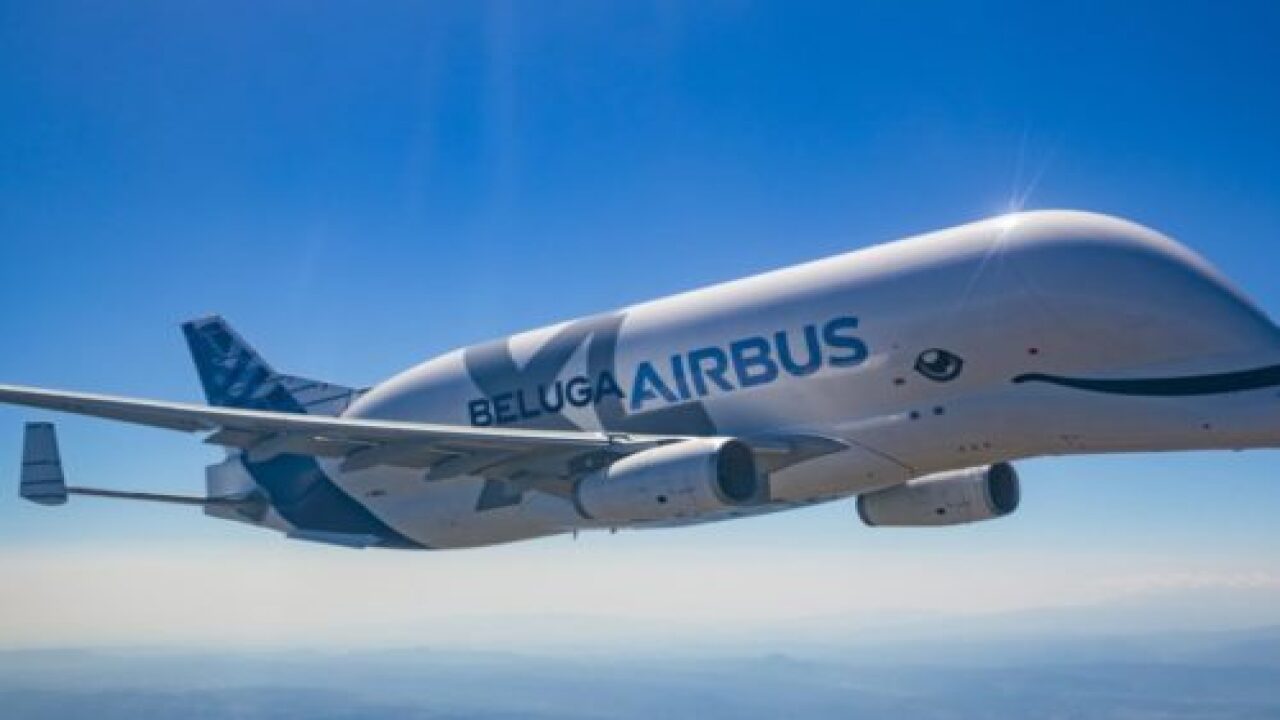 Aerospace manufacturer Airbus recently debuted a new cargo plane, the A330-700L, affectionately known as the Beluga. Built to transport large sections of airplane parts between Airbus factories, the Beluga’s unique design features a loading hatch that sits above the cockpit. The unusual placement creates a bulbous “forehead” on the plane — making it look a lot like the friendly-faced Arctic whale.

The Beluga XL made its first official delivery flight on Jan. 9, according to Airbus. Five more Belugas will join the fleet over time, but for now the first big Beluga will shuttle parts to Airbus plants in China, Germany and France, the latter of which being where the company is partly based.

Because Airbus wouldn’t be a French company if there weren’t a playful wink somewhere, Airbus employees voted to paint the new Belugas as, well, belugas. Gentle eyes and a soft smile adorn the fuselage just behind the cockpit. From the sides, it really does look like an airborne beluga whale!

You can even see it in action in this video of its first flight that was shared by Airbus on YouTube in July 2018.

Since then, youngsters in the cities around Airbus’ facilities have become familiar with the sight of the soaring sea creature, according to Bertrand George, the company’s head of the Beluga XL program.

“We used to say that in Toulouse or in Hamburg, the kids recognize the Beluga,” George told CNN. “They love this very special plane.”

It’s easy to see why children would love the Beluga, though, sadly, no one except Airbus pilots and staff can fly on the plane. It’s a utilitarian, workhorse aircraft meant for delivering huge payloads — like entire airplane wings — and not for people-moving.

Take a look at a head-on view of the Beluga and you’ll see what I mean:

Suddenly, not so cute. But it serves its porpoise. (Sorry, I know beluga whales aren’t porpoises, but I had to.)