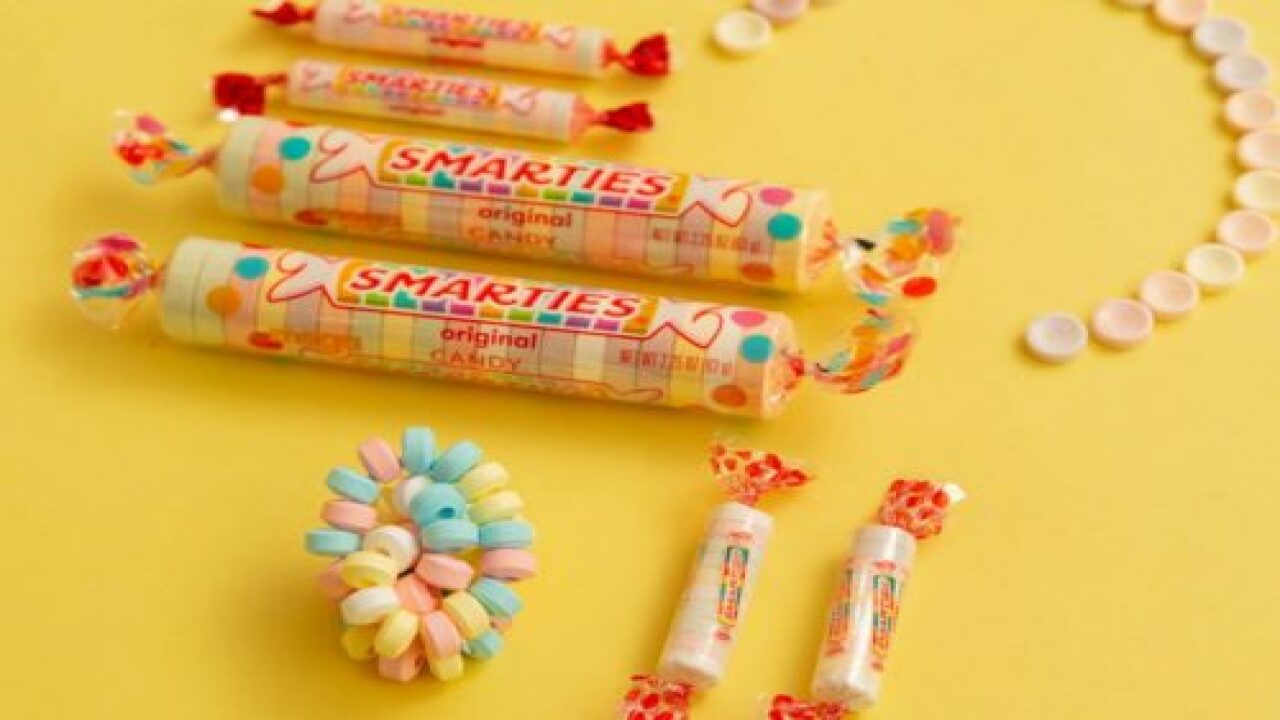 Smarties, the iconic tubes of candies that you’ve probably enjoyed your whole life, are celebrating two milestones this month, just in time for the biggest candy day of the year — Halloween.

Smarties officially turn 70 years old this October, and the candy’s creator, Edward Dee, will also be celebrating his 95th birthday!

Both occasions will be marked with new packaging and a new logo that pairs the brand’s authentic nostalgia with a bright, modern-day aesthetic.

Although you’ve enjoyed Smarties for decades, how much do you really know about this beloved candy? In honor of the brand’s epic milestones this month, we’re sharing some fun facts you probably didn’t know about the nostalgic candy company.

Smarties Candy Company produces more than 2 billion candies annually, or enough to place end-to-end for 170,000 miles. That’s long enough to go back and forth from New York to California 58 times, or to wrap around the Earth more than six times!

Halloween orders for Smarties begin a year in advance and the company begins Halloween candy production in each of their two factories in the spring, around April or May. Halloween is the most popular candy holiday for Smarties, followed by Easter, Valentine’s Day, Christmas and the winter holidays.

3. Smarties Are Vegan And Free Of Nuts, Soy And Gluten

Being vegan and gluten-free wasn’t exactly popular when Smarties began production in 1949, so you could say Smarties were ahead of their time! They have always been and continue to be free of milk, eggs, fish, tree nuts, peanuts, wheat, soy and gluten.

Plus, an entire roll has just 25 calories!

4. The Smarties Candy Company Is Family-Owned

Edward Dee brought his family from England to New Jersey in 1949, equipped with only two machines in a rented facility. He succeeded in founding Ce De Candy, Inc., now known as Smarties Candy Company. In 1963, he expanded the business to Canada with the opening of a factory in Toronto, which he later moved to Newmarket, Ontario, to meet the growing demand.

To this day, Smarties can only be found in the U.S., as they are called “Rockets” in Canada.

5. The Company Is Run By 3 Female Co-Presidents

In the early 2000s, Edward Dee’s grandchildren — Jessica Dee Sawyer, Sarah Dee and Liz Dee — joined the family business and were appointed as co-presidents in 2017, taking over from Jonathan Dee, who served as president for 40 years.

Smarties are made 24 hours a day in two candy factories located in Union, New Jersey, and Newmarket, Ontario. Smarties can be found nearly everywhere candy is sold in the U.S.

Lastly, a little bonus fact: The six colors of Smarties candy tablets are randomly mixed together in the factory, so if you have two rolls that are identical, it’s a coincidence!

Did any of these Smarties facts surprise you? What is your all-time favorite candy?